The movie is made on a serious story. If you are after a light entertainment, this movie might not be for you. But, if you want to watch a serious and inspiring film – this is for you. You can watch and enjoy the acting talent and the story. The movie wasn’t successful in theatre but the critics had liked it. The movie was released in 2015 (read release news).

END_OF_DOCUMENT_TOKEN_TO_BE_REPLACED

This Friday, on May 9, three new Nepali movies are releasing in theater. Kamal Krishna movie ‘Damdar’, Eelum Dixit presentation ‘Red Monsoon’ and Nir Shah movie ‘Aakal’ are competing to win the hearts of the Nepali viewers in theaters all over Nepal.

Well known theater director Eelum Dixit is debuting in big screen movie in ‘Red Monsoon’. Eelum is a well known director of telefilms and theater plays who had completed bachelor in film acting and direction in New York. The movie is the retelling of a short story titled ‘Sharan’ by Karuna Sharma. 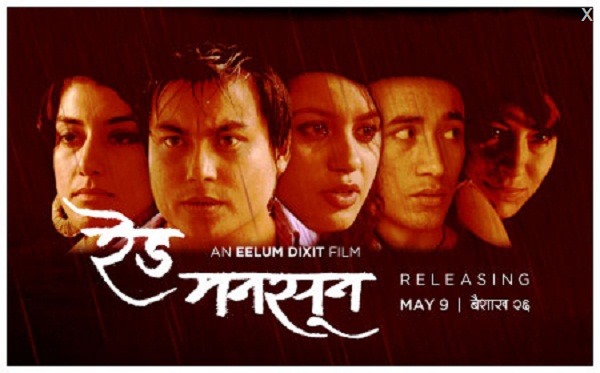 The movie tells the story of struggling young generation in Kathmandu. The movie features Himali Dixit, Sandip Chhetri, Sarita Giri, Shristi Ghimire and Hari Bansha Acharya in main roles. The director Eelum has written the script and dialogue of the movie produced by US film makers.

END_OF_DOCUMENT_TOKEN_TO_BE_REPLACED

A movie written and being produced by Deepak Raj Giri, ‘Chha Ekan Chha’ will feature him as the lead actor but, his opposite won’t be Deepa Shree Niraula. With the popularity of the husband-wife character in ‘Tito Satya’ one can’t think of one without the other. Many believe that they are husband and wife in real life. In reality Deepa is still unmarried and Deepak is happily married with grownup kids. 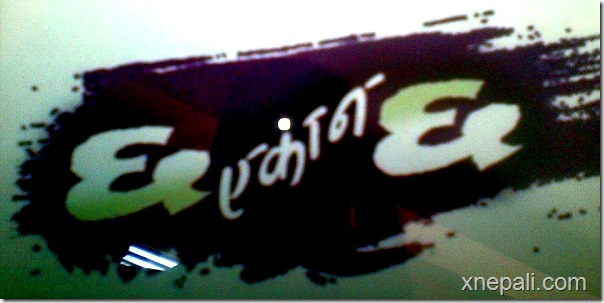 It seems, Deepak wants to give a break to the image and work with other actresses. The story Deepak wrote for the movie  doesn’t have a character that fits Deepa. So, she won’t be seen in the movie at all. Although Deepa isn’t happy about it, Deepak has patched it up by offering the assistant director role to Deepa.

END_OF_DOCUMENT_TOKEN_TO_BE_REPLACED

The strong point of the movie ‘Highway’ is that it contains most of the preferred Nepali actors of the Nepali film industry. Some of the actors in the movie had been very successful and are considered  the gems of the Nepali film industry. Karma, Reecha Sharma and Binaya Shrestha are known by the audience from their last superhit movie ‘First Love’. Another successful movie ‘Loot‘ had featured to actors present in ‘Highway’ – actors Dayahang Rai (Gofle) and Saugat Malla (Hakku Kale). 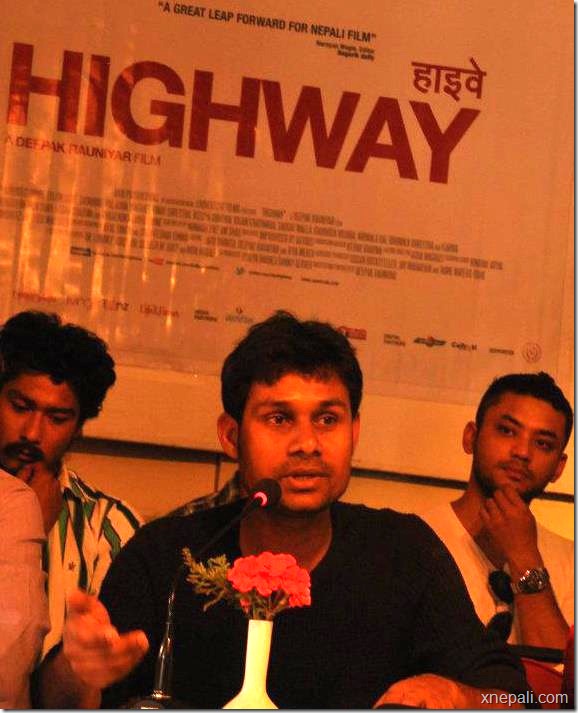 The director, Deepak Rauniyar, is also a journalist and he had previously directed two short films ‘Pooja’ and ‘Chaukhat’. Both of his short film were appreciated by the audiences. The feature movie ‘Highway’ is his first directorial venture based on his experience of disruption of traffic by regular strikes (Nepal bandha).