It is easy to follow what others do as long as talent is not involved. Karishma Manandhar‘s beauty is envied by every other actresses in Nepali movie industry and it is not much surprising if an aspiring actress follows her steps. 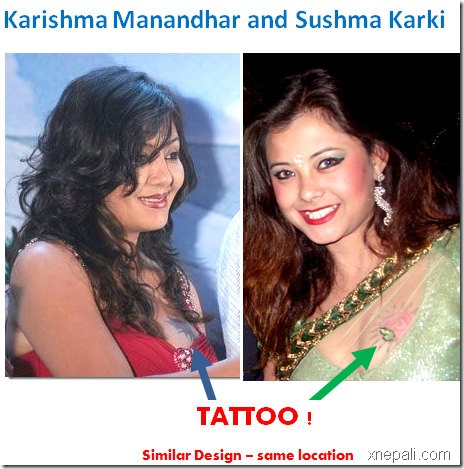 In the party of Bhuwan KC‘s daughter Kajal KC’s marriage, actress Sushma Karki sported a brand new tattoo on her breast. Covered partially by transparent saree and green blouse underneath, Shusma was proud to show off her new ‘sunny’ pride.

We talked about Karishma’s similar tattoo when she made red rose on her left breast and now, Sushma has copied the similar design in the exact same location. We wonder if Karishma coached Sushma on the design.

As the actresses start to follow the leader, I am waiting eagerly to see more of Karishma’s underwear showing poses copied by other actresses. Come on actresses were are waiting! 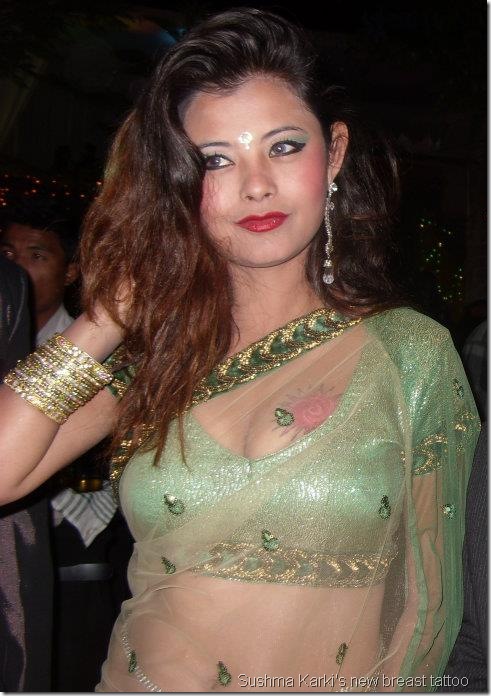 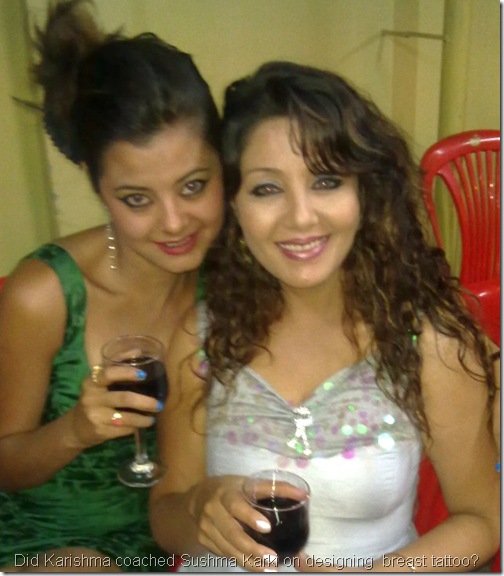 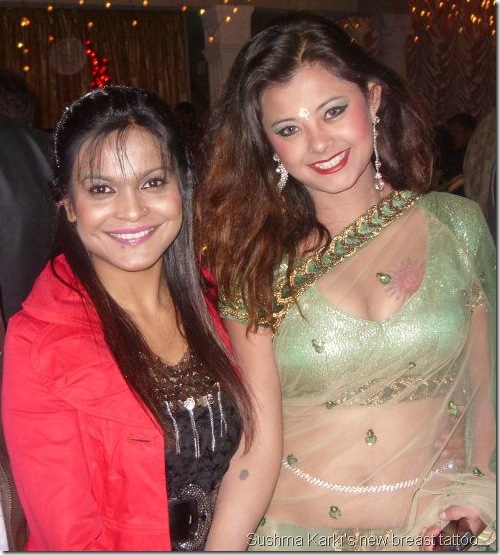 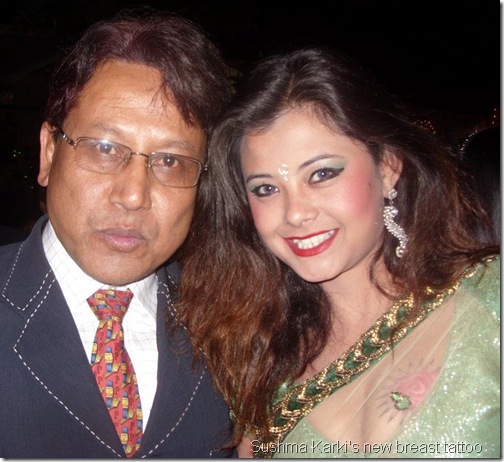 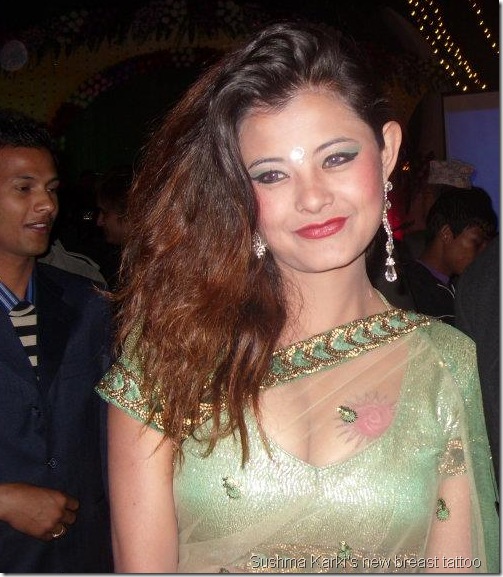 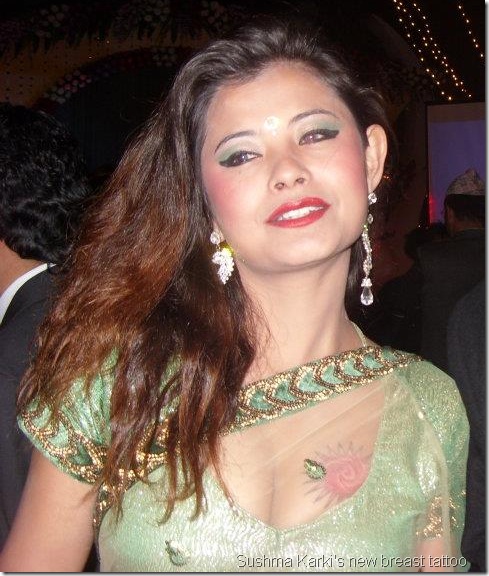 In the same event, Karishma however had hidden her tattoo. 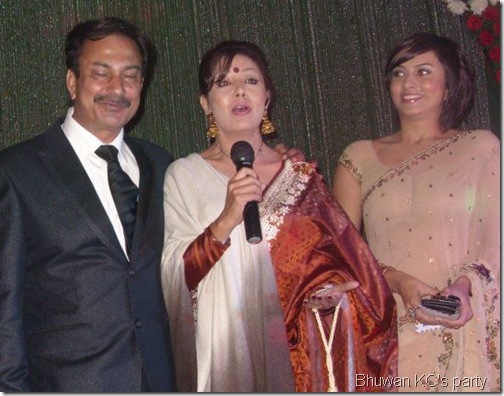