A while ago, Nepali superstar Rajesh Hamal was in New Delhi during his tour for the Quiz program he has been running for the last few years. Hamal was invited by the Nepali students at Sharada University to meet and greet them. During the event, Rajesh Hamal gave an Inspiring speech.

Watch the video highlights of the inspirational speech:

Summary of the speech:

In Hamal’s words, “I tried something new …. Do not hesitate to try something new. Give it a try. You never know, you might reach the place where no one else has reached before.”

END_OF_DOCUMENT_TOKEN_TO_BE_REPLACED

INAS Award nominations were announced on November 5, 2016. Right after the announcement, the organization’s Nepal Chapter members were not happy. That is not all, I think, nobody is interested or excited about  yet another award. Although many accuse omission of some of the best movies, the the nominations are expected. The winners will most probably be the same one that had already won different awards for the same movie, same artists and category. I am sure, many winners won’t go to receive the award.

UPDATE: Infographics showing how all the awards are repeating the same artists and films (click for bigger image): 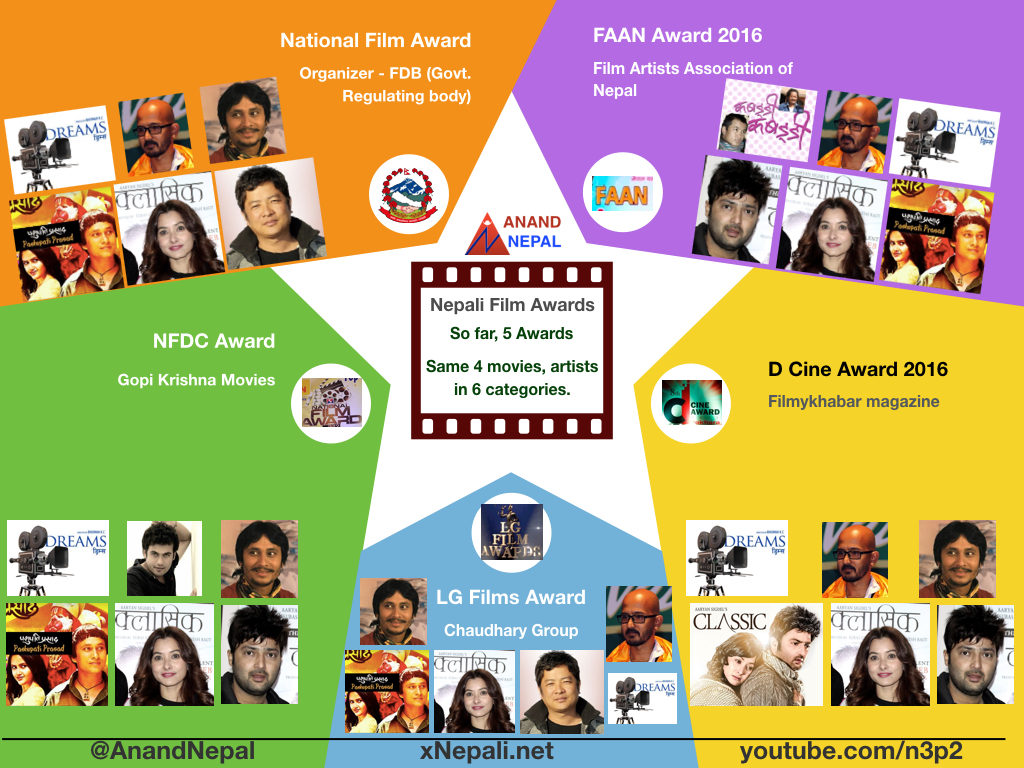 Some of the members of INAS (International Nepalese Artists Society) have expressed their dissatisfaction over the nomination on the award. When two successful movies ‘Woda Number 6’ and ‘Prem Geet’ were not nominated in any categories, some of the members accused that the jury had made decision without even watching the movie.
END_OF_DOCUMENT_TOKEN_TO_BE_REPLACED

Romantic and action packed Nepali movie ‘Dharma’ was released in 2011, featuring Manisha Koirala in lead role. ‘Dharma’ is a presentation of Aasma Films by Diperndra K Khanal. The story and dialouge of the movie is written by Yougesh Rayamajhi and the movie is produced by Dr. Dugra Pokharel.

There is another old movie titled ‘Dharma’. Watch ‘Dharma’ here.