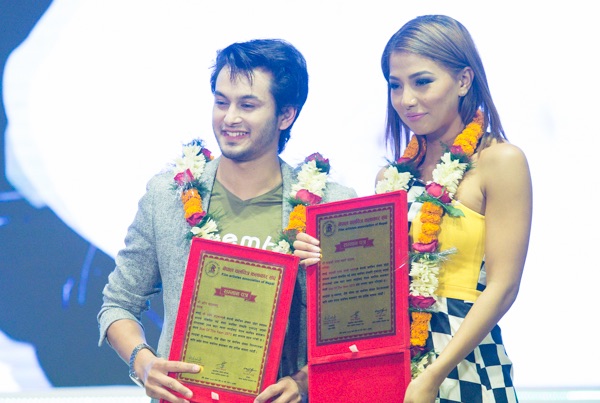 Samragyee’s upcoming movie ‘Timi Sanga’ is releasing on Chaitra 23 and ‘Lily Billy’ of Pradeep Khadka is releasing the next week, on Chatria 30. After receiving the award Pradeep Khadka waited for Samragyee to receive her award and they posed together asking the photographers to take their photos.
END_OF_DOCUMENT_TOKEN_TO_BE_REPLACED

A few days ago, an website, merofilm published an article based on an interview of Kishor Nepal. In the interview, Kishor had told that – Nepali actresses don’t have the essence. There was a debate in online media about his statement. In the same interview, he had told that he doesn’t like Priyanka Karki. He had told a little knowledgable actress is Keki Adhikari.
END_OF_DOCUMENT_TOKEN_TO_BE_REPLACED