A few days ago, an website, merofilm published an article based on an interview of Kishor Nepal. In the interview, Kishor had told that – Nepali actresses don’t have the essence. There was a debate in online media about his statement. In the same interview, he had told that he doesn’t like Priyanka Karki. He had told a little knowledgable actress is Keki Adhikari.

When Priyanka, Reecha and Keki Adhikari were asked about the article in the press meet organized to release the trailer of Keki’s upcoming movie ‘Kohalpur Express’ all three actresses mocked Kishor Nepal.

Richa Sharma told, “I don’t know how he could check if Priyanka Chopra had the essence.” Sharma told, she is yet to write an open letter to the journalist.

Keki told, “I don’t see any value in his interview. Although he told me a knowledgable actress, I don’t see the same in him.”

She added, “I usually dont’ comment on such issues. But, as he is a well known journalist, we should fight back for all the wrong he has done.” She claimed that Kishor Nepal has dominated female actors in the film industry. He is trying to portray a negative image of actresses.

Watch the trailer of the film:

In the film, actress Reecha is featured as controversial model – Tirsana Budhathoki. 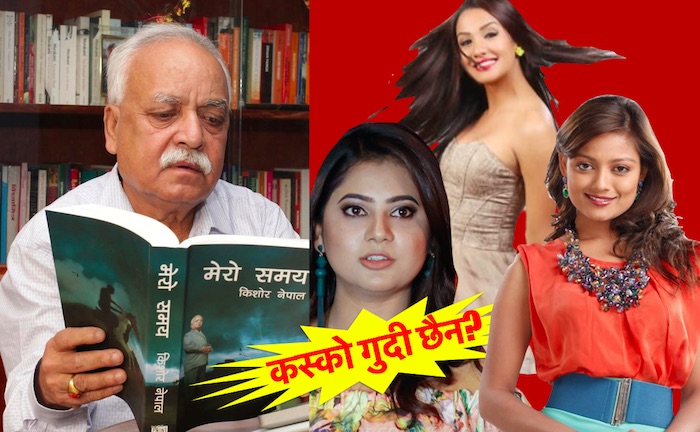