‘Kal Mahima’ by the Kavi Shiromani, Lekhnath Poudel – A tribute to the late director Alok Nembang with a slideshow video. The video is prepared to mark the 45-days of the death (on December 20).

The only addition to this list of movies is going to be ‘Ajhai Pani’ when it becomes available online.

Well known music video and film director Alok Nembang ended his lifeÂ  some 40 days ago. Whatever might be the reason, it was a sad death. The rising star had set too early and it was a great loss to the Nepali entertainment industry.

Although Alok Nembang ended his life himself, when we read the famous ‘Kal Mahima’ by the Kavi Shiromani, Lekhnath Poudel, the poem reflected on the death of Alok. When it is time to die, nobody can control the situation and it is bound to happen. We have prepared a photo slide-show tribute video of Alok to pay tribute to him on the 45 day of death. 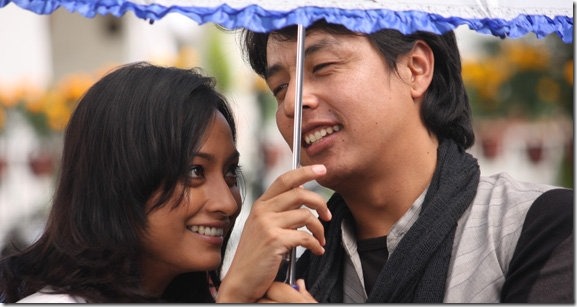 Photo – Alok Nembang with actress Jharana Bajracharya during the shooting of ‘Kohi Mero’.