Actress (I can add a ‘former’ in front of the word) Arunima Lamsal has divorced her husband of 12 years, in the USA recently. The mother of a six years old daughter decided to separate after she felt her freedom compromised by her husband. According to reports, Arunima has taken custody of her daughter Akshyata Aryal and is living with her parents in Baltimore, USA. Arunima’s mother Radha Lamsal (Bhabu Lamsal) is also a well known actress in the Nepali television and big screen films.

Divorces in the Nepali film industry

Here is a quarter century divorces in the Nepali film industry. 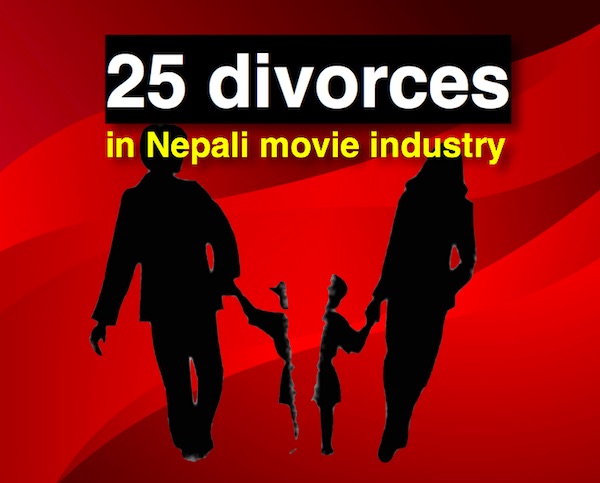 Here are some of the latest divorces in the film industry:

Rekha Thapa and Chhabi Raj Ojha formally divorced in 2016. They had divorced unofficially in 2012 and were living separately after that.

Priyanka Karki divorced in 2012 but she kept it a secret until 2013. Now Priyanka is having affair with Ayushman Desraj and her ex husband Rochak Mainali has found a new wife. (Priyanka’s divorce news)

It is not only marriages that break – love affairs also break up from time to time among the celebrities. For example, Ayushman’s breakup with Paramita RL Rana was a huge news. Anna Sharma’s breakup with Anmol KC was also a big news. Sushma Karki’s two breakups were no less than a divorce.