I knew it from the beginning ! I was the first person to tell that the government plan was flawed!

Nepali Times published the full list of websites banned in Nepal by the government. It was surprising to find ‘huffingtonpost.com’ and ‘sexpistolsofficial.com’ included in the the 60 sites blocked in Nepal.

The full list of sites banned by the government is: 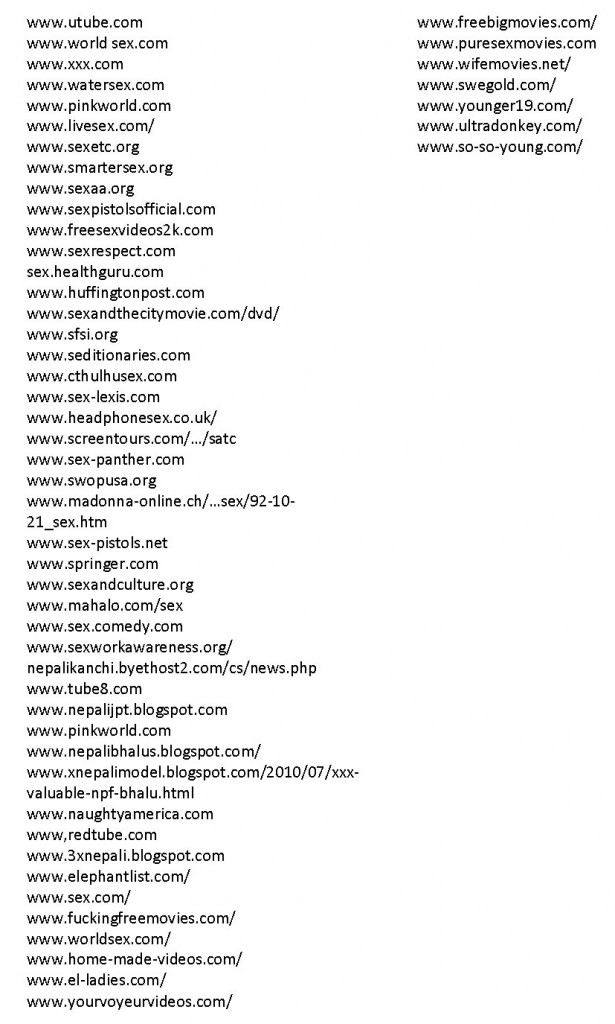 Aakar reports that, the page in Nepali Times containing the website list is also blocked in Nepal. Even more surprising is that, some ISPs are blocking all the blogs hosted in blogspot.com.  Some of the visitors in xNepali forum have also reported blockage of xNepali.com by some ISPs (we haven’t confirmed it, yet).

Full text of the government’s notice to to inform about the ban is (in Nepali): 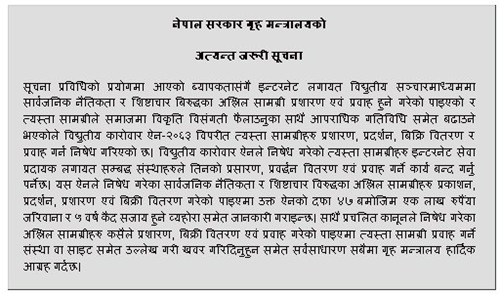 The recent events prove Lakshya’s argument that the internet ban is triggered by something else than pure social responsibility.

One thought on “Blogspot blogs, Huffingtonpost, SFSI among blocked websites in Nepal”