It has been quite a while since the hit Nepali movies were leaked to the market. Movies like ‘Pashupati Prasad’, ‘Jhola’, ‘Kabaddi Kabaddi’, ‘Resham Filili’, ‘Prem Geet’ are some of the movies that were pirated. Some of those movies were the censor copies sent to the government body of censoring movies, Film Development Board (FDB).

In a recent report, the pirates of hit movie of Bhuwan KC, ‘Dreams’, were arrested by the police. It turned out that the employees of the company that had purchased the DVD and YouTube rights of the movie, Highlihgts Nepal, were involved in the piracy. Few days earlier, KC had lodged a complain against pirates for a damage amount of Rs. 10 million. After the arrest of the employees, Highlights Nepal and Bhuwan KC have agreed upon an undisclosed damage amount.

The arrested were Bidhan Gurung and Chandra Nawaju. Gurung is one of the relatives of the owner of the company, Om Gurung. It is reported that Gurung took the original copy of the movie to Chandra who took over the responsibility of distributing it in the market, illegally.

The movie ‘Dreams’ is the debut movie of Bhuwan KC as a director. The actor who had also produced the movie had stayed backstage in the movie. His son Anmol KC was the lead actor opposite to debut actress Samragyee RL Shah. Actress Sandhya KC is also featured in the movie. The movie was successful in winning the hearts of the youths. 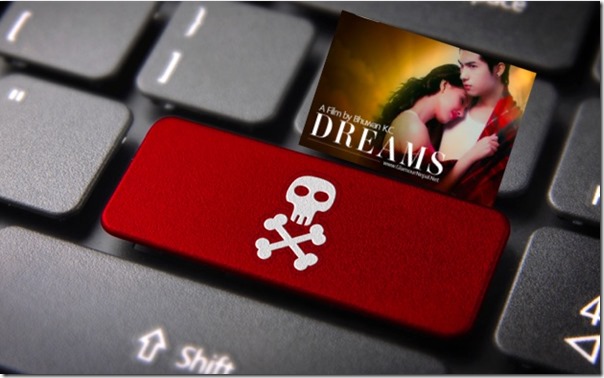