Corporal Dip Prasad Pun who defeated more than 30 Taliban fighters, alone was awarded the bravery medal by the Queen. 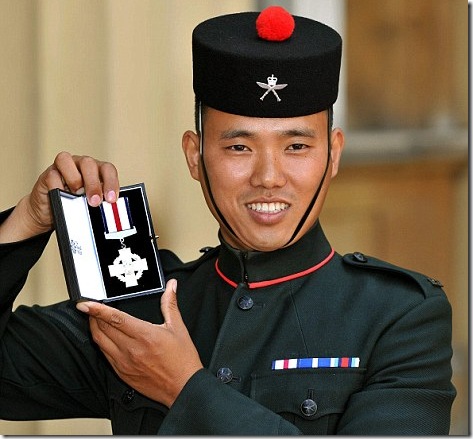 During an Investiture Ceremony Buckingham Palace, the Queen honored the 31-year-old Gurkha soldier with the medal.

The Britain’s second highest medal for bravery was announced in March for the bravery Dip Prasad showed during a September 17, 2010 militants on a checkpoint near Babaji, in Afghanistan’s Helmand province. At that time, Pun had fired more than 400 rounds of bullets, detonated a mine, and launched 17 g
renades in about fifteen minutes of intense fight. 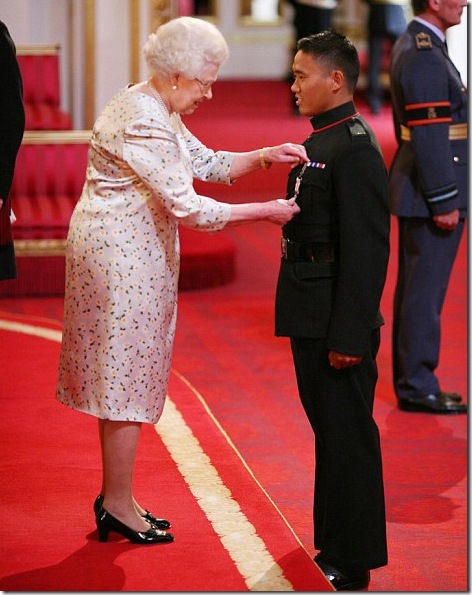