The music recording of the upcoming movie ‘Holiday’ started at the inauguration ceremony a music studio. The music studio named Studio Nine is owned by the popular musician Tanka Budhathoki.

Before finalization of the artists, the songs recording of the movie has started. The movie to be made under BN Films is to be directed by Basanta Niraula. A full action movie, ‘Holiday’ will be shot in Nepal and out of country. The song recording has started on the birthday of the director Niraula. The movie contains three songs.

Although not announced there is a high chance that Aryan Sigdel, Sanchita Luitel, Ramesh Budhathoki, Pabitra Acharya and Sohit Manandhar be featured in the movie. These artists were present in the announcement ceremony. 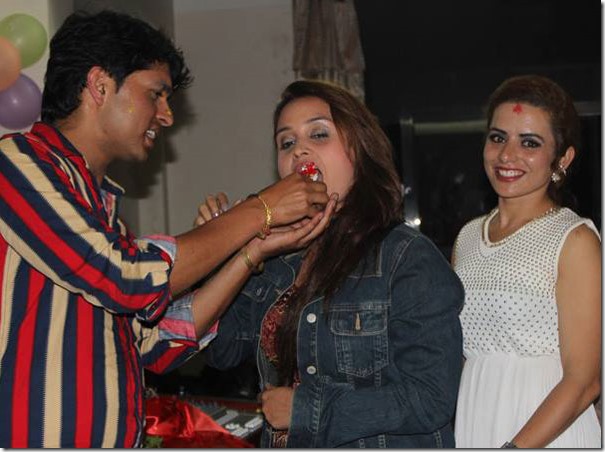 The studio was inaugurated by singer Ananda Karki. Tanka Budhathoki has composed music and given voice to the songs of ‘Holiday’. Tanka told that only the songs featuring his work will be recorded in his studio. In one of the songs, singer Manisha Pokharel has also given voice.