The marriage ceremony between Manisha Koirala and Samrat Dahal was held successfully at Gokarna Resort today, June 19, 2010. Families of the two and their close friends including some Bollywood personalities participatedÂ  in the ceremony. The previous post features the regular updates on the marriage. 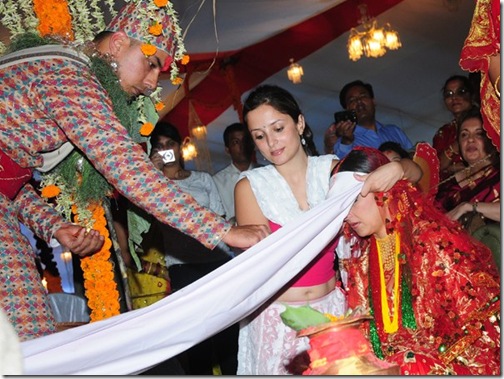 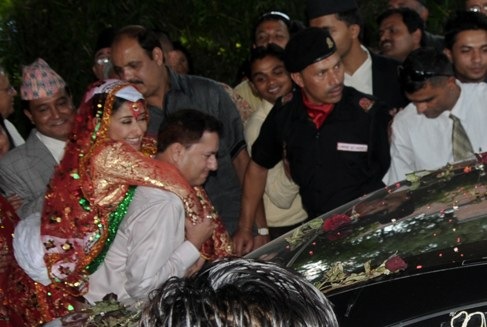 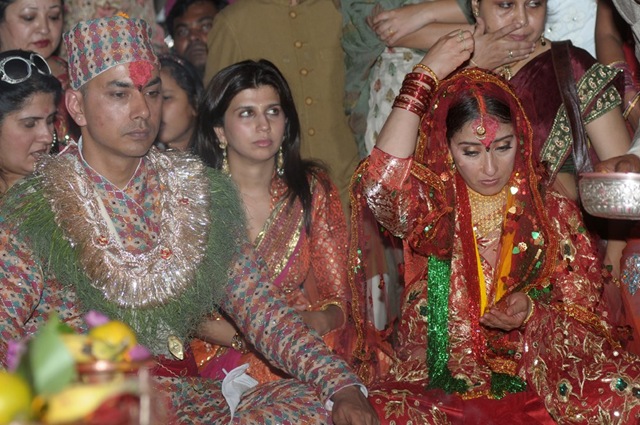 Manisha Koirala, hails from a high-profile political family in Nepal. She started her cine-career with Nepali film â€˜Pheri Bhetaunla’ before she moved on Bollywood. She acted in many Hindi films including 1942: A Love Story, Shaudagar and Akele Hum Akele Tum.

She is the granddaughter of Nepal’s first elected Prime Minister BP Koirala. Koirala, 39, announced she would marry Dahal, seven years, younger than her, in April. Dahal is a businessman in Kathmandu. He has founded an alternative energy company in Nepal recently after completing his education in the US.