Here are the songs of the movie released a year earlier on April 4, 2014. The Shabir Shrestha‘s directorial venture movie ‘Aadhi Bato’ features Yash Kumar, Jenisha KC and Sabin Shrestha, Anu Shah in leading roles. A part of the movie was shot in the UK.

When the actress Jenisha went to the UK for the shooting, there was a rumor of the relationship between Jenisha and the NRN producer Ramesh Twayana. It was not the first time Twayana was linked to the actress of the movie he is producing. He was also linked to actress Sumina Ghimire when they secretly traveled to foreign countries. 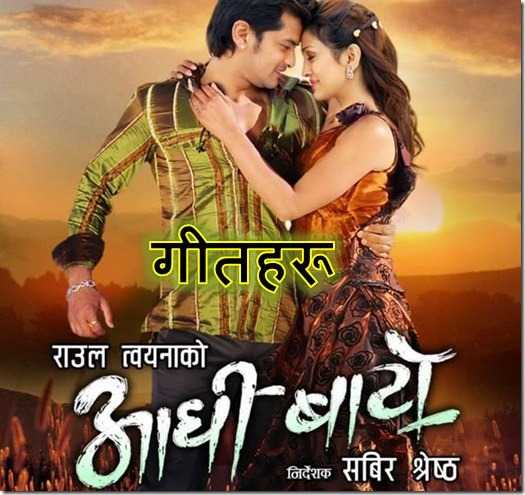 On return from the UK, Jenisha had told that the visit one of her most memorable foreign tours. But, when the relationship rumor peaked, Jenisha had to tell the media that she has a secret Russian boyfriend. Jenisha didn’t tell who the boyfriend was and there are no reports of her relationship after that, we believe the story was only a cover-up for her relationship with Twayana. Although the movie ‘Aadhi Bato’ couldn’t appeal the audience, the songs are melodious.