Actress Pooja Sharma has been kicked out of the hit movie ‘Premgeet’ in it’s sequel ‘Premgeet 2’. According to the latest report, Pooja will be replaced by a new actress Ashilsha Thakuri. While the actress will be replaced, the lead actor will be the same – Pradeep Khadka. It is an irony that, the news has surfaced a few days after the online-couple, Pooja Sharma and Pradeep Khadka had won the Best On-Screen Couple of the year award at the LG Film Award 2016.

During the award ceremony, Pradeep Khadka had acted very strangely. Watch the following video to see what had actually happened in the event:

The relationship between the producer of ‘Premgeet’ Santosh Sen and the director Sudarshan Thapa had turned sour after the success of the movie. In the foreign tours, the producer Santosh Sen took the lead actor Pradeep Khadka with him but left the director and the lead actress Pooja Sharma. In various reports, actress Pooja Sharma had responded by un-friending Santosh and Pradeep in her Facebook account.

There are reports that the director Sudarshan Thapa and the actress Pooja Sharma are seeing each other. It is seen that Pooja is only featured in the movies that involves Sudarshan Thapa. The director who was also featured in leading role in the last movie of director Alok Nembang, ‘Ajhai Pani’, was previously seeing actress Sushma Karki.

Santosh Sen and Sudarshan had also teamed up to produce ‘Chhanke Shankhe Pankhe’. Although the movie received positive feedback, the movie wasn’t successful commercially. Pooja had been featured in all of the latest movies of Sudarshan Thapa including her debut movie ‘Madhumash’. 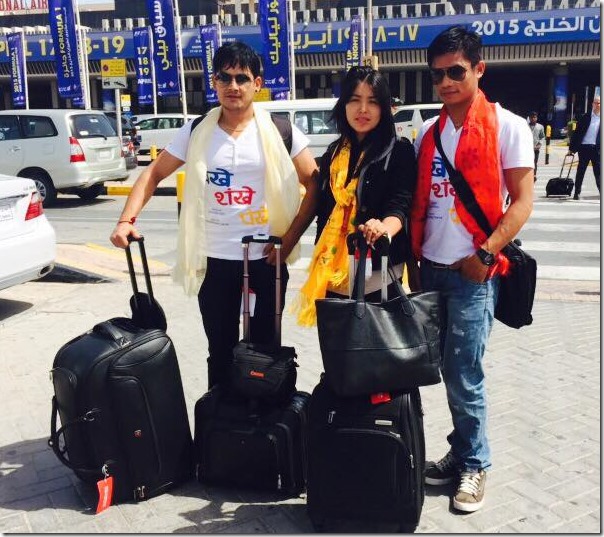