UPDATE – Video of the marriage of Sweta Khadka and Shree Krishna Shrestha added at the end. 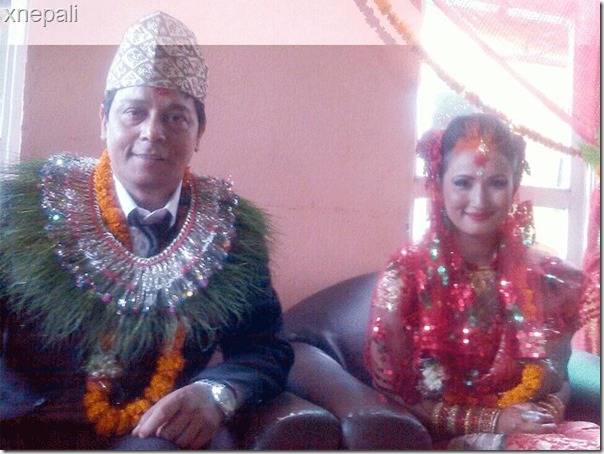 27-years-old Sweta Khadka and 50-years-old Shree Krishna Shrestha met as the lead actors of Shree Krishna’s debut movie as a producer ‘Kaha Bhetiyala‘. Although everybody who knew them knew about their affair, they had denied the rumor and they still deny it. In a report, Sweta and Shree Krishna had formally engaged on the day another actor Rajesh Hamal was marrying Madhu Bhattarai. The marriage ceremony is off-limits to the media.

Another artist couple Diya Maskey and Anup  Baral has also married on Sunday. Diya and Anup had been seeing each other for the last few years. They were also living together for a long time. The marriage ceremony was held at Oasis Café in Mahargunj. Anup was previously married and he has divorced his first wife was living together with Diya for some time.

We will add more photos as they become available. Keep visiting. 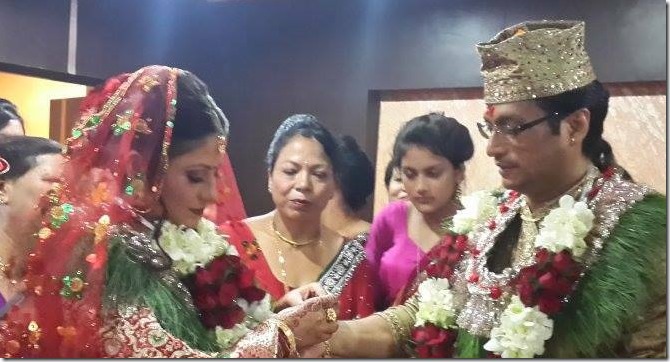 Sweta had started the marriage preparation by decorating her hands with mehandi (photos in MovieNepal).