Some film makers have utilized the festival of colors to promote their movies. The movies promoted while playing holi include ‘Fitkiree’, ‘Shree Paanch Ambare’, ‘Adhi Bato’ and ‘November Rain’. 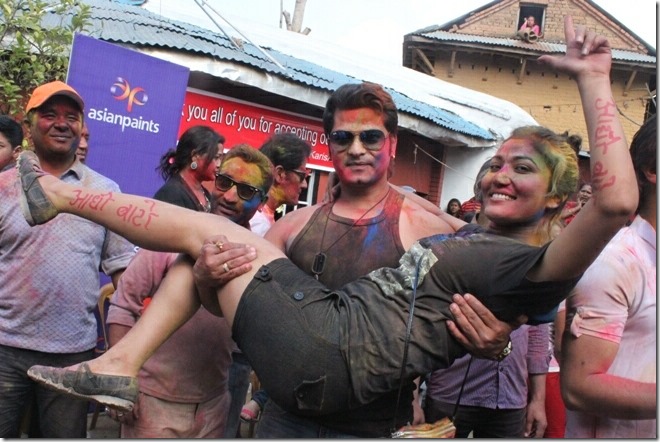 END_OF_DOCUMENT_TOKEN_TO_BE_REPLACED

Three movies with similar names – ‘Jhola’, ‘Jholey’ and ‘Jheli’ were were ready for release at the same time.

Don’t you think the names are designed to confuse the viewers? We think so too !

‘Jhola’ was released on February 7, another movie – ‘Jholey’ is scheduled to release on February 21 and the release date of the third movie ‘Jheli’ will be announced right after the release of ‘Jholey’.

The makers of ‘Jholey’ tried to take advantage of the popularity of ‘Jhola’ by releasing a press statement telling viewers not to confuse ‘Jhola’ for ‘Jholey’. The truth – nobody was really confused until they told so! ‘Jhola’ is a great movie in itself and it didn’t need some copycat (taking ‘Jhola’ director’s word that the movie was conceived 7 years ago) to promote it.