There aren’t many sports drama movies in Nepali language. That too, a typical Nepali sports movie is unheard of. This is such a unique movie by noted film director and actor – Khagendra Lamichhane. ‘Talakjung VS Tulke’ famed actor and director, Lamichhane is one of the rare intellectuals in Nepali film industry.

This movie is unique because:
– It doesn’t copies from Indian films or other foreign films.
– It is not a formula movie. A risky business.
– It is about an unique Nepali sport – Dandi Biyo game

The lead actor Khagendra Lamichhane is featured as Damaru. After studying away from home, he returns back to his village with an unique aim – to revive the traditional game of dandibiyo, a sports his father used to love and play. At that time, his father, although once a reputed dandibiyo player, had changed and tries to stop his son form focusing on the game. His father’s suggestion was to focus on Damaru’s own career.

That led to a game between Damaru and his father. When his father defeated Damaru in the game, Damaru had to leave the village and quit dandi biyo dream.
END_OF_DOCUMENT_TOKEN_TO_BE_REPLACED

Another great movie of Khagendra Lamichhane, ‘Dhanapati’ is released online for the Tihar festival. The movie is about the life of lower middle class couple and their trouble. The film is a presentation of Tukee Arts in association with Dipendra K Khanal Production. The film was released in theatre on Ashar 23 of this year (July 7, 2018). Khanal had previously directed and produced superhit film ‘Pashupati Prasad’.

This week, on July 7, 2017, two new movies are released in theatre – ‘Dhanapati’ and ‘Mandira’. While one of them is made by the makers of super hit movies in the past, another is not much known about. 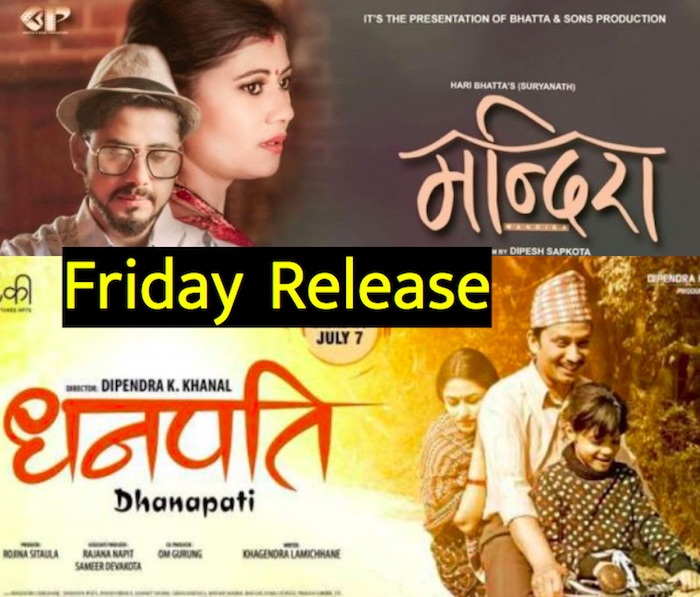 The movie by the writer of ‘Pashupati Prasad’ and ‘Talakjung VS Tulke’, ‘Dhanapati’ also has a huge expectation from the viewers. Directed by Dipendra K Khanal, the movie is made on a political story. The protagonist is a guy who wanted to give a better education to his daughter. He started working for a political leader.

END_OF_DOCUMENT_TOKEN_TO_BE_REPLACED

The trailer of a new Nepali movie ‘Dhanapati’, produced by the team that produced superhit movie â€˜Pashupati Prasadâ€™, was recently released. The movie featuring Khagendra Lamichhane in leading role features Surakshya Panta in his opposite. Directed by Dipendra K Khanal, the movie is likely to recreate the magic of the previous movie. The trailer of the movie features Khagendra and Surakshya living a poor and a simple life with their daughter. The struggle and the entry of Khagendra in politics seems to be the plot of the story. 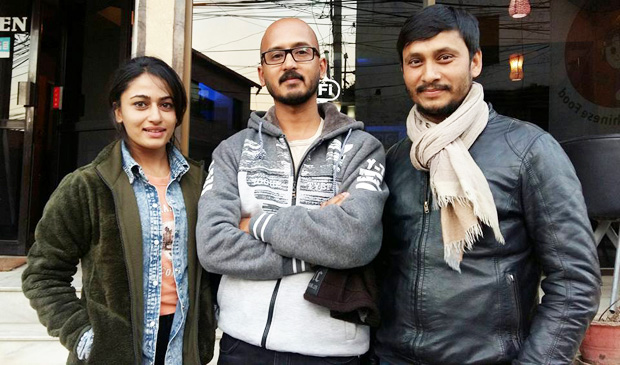 The movie is produced by Rojjina Situla with Om Gurung as the co-producer. The movie is based on Khagendra Lamichhane’s story and script. Releasing On Ashar 23 (July 7, 2017) the movie features Khagendra Lamichhane, Surkashya Panta, Manish Niraula and others. The director Dipendra K Khanal was assisted by Rajesh Situla and Ashim Khanal. Action by Surya Thokar, music by Aadha Sur and background score by Shailendra Shrestha. The editor is Dirgha Khadka, cinematography by the director Dipendra K Khanal himself.
END_OF_DOCUMENT_TOKEN_TO_BE_REPLACED

The actress who debuted in Alok Nembang’s last movie ‘Ajhai Pani’, Surakshya Panta has decided to return back to acting. After a few years of absence the civil engineer actress has completed the shooting of ‘Suskera’ and is preparing herself for another movie titled ‘Dhanapati’.

The movie ‘Dhanapati’ is being produced by the team that produced superhit movie ‘Pashupati Prasad’. The movie featuring Khagendra Lamichhane in leading role with feature Surakshya opposite to Khagendra and will be directed by Dipendra K Khanal. A video report on Surakshya Panta’s comeback and ‘Dhanapati’: