END_OF_DOCUMENT_TOKEN_TO_BE_REPLACED

The third song of upcoming Jharana Thapa’s movie ‘A Mero Hajur 3’ has been released. The song titled ‘Cheat Day’ features Jharana’s daughter Suhana Thapa. The song is filmed on the voice of Prabisha Adhiakri and music of Pratik Poudel. The choreographer is Rahun Shah.

The parents of Suhana, the actress had done a detailed preparation for her debut in the film industry. Suhana, it seems, has also done a lot of preparation before she decided to be an actress. The song shows it all. In addition, Anmol’s presence is bound to attract more viewers to the theatre.

The movie is going to release in theatre on Chaitra 29. The movie is about a die-hard fan of a celebrity singer. The celebrity is Anmol KC and the fan is the actress Suhana. The love story between the two is the story of the movie. The story is written by the mother, Jharana, and she has also directed the film.
END_OF_DOCUMENT_TOKEN_TO_BE_REPLACED

In the second sequel, Samragyee RL Shah was featured in leading role and it was the first film directed by Jharana Thapa. The success of the film helped Suhana’s parents to introduce their daughter in the third sequel. The movie is produced and directed by the family. Anmol KC was signed in in the highest ever price for an actor in the film industry – Rs. 30 lakh. With Anmol and Suhana, the film also features Salon Basnet, Arpan Thapa etc.
END_OF_DOCUMENT_TOKEN_TO_BE_REPLACED 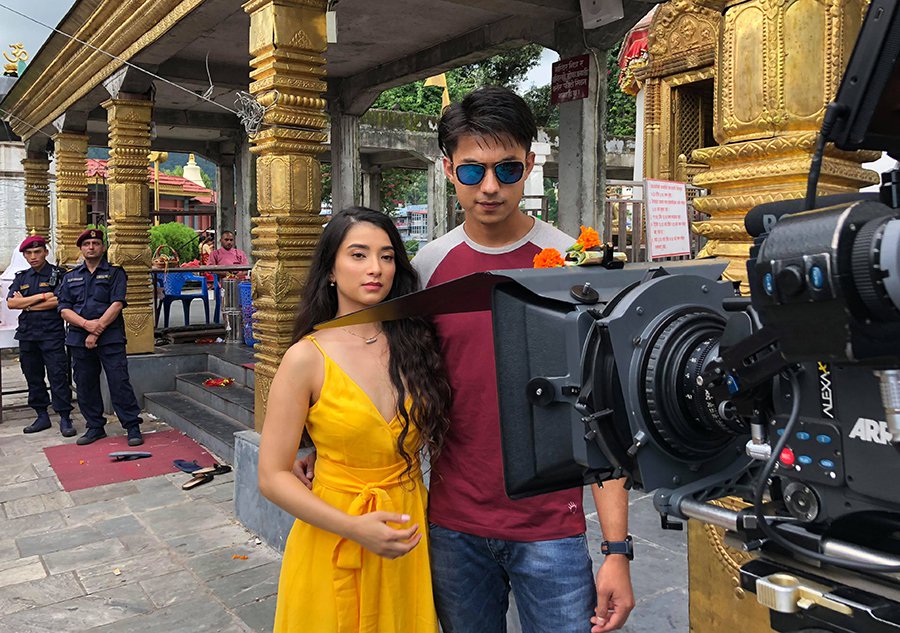 Suhana Thapa is the only daughter of actress Jharana. Jharana has been grooming her to be an actress. She had signed in the most popular actor of the Nepali film industry, Anmol KC to lead in the movie in a hefty amount – Rs. 30 lakh. In ‘A Mero Hajur 2’ she had paid Rs. 10 lakh to Samragyee RL Shah – a huge amount for her second film. The investment proved to be a well placed investment.
END_OF_DOCUMENT_TOKEN_TO_BE_REPLACED