END_OF_DOCUMENT_TOKEN_TO_BE_REPLACED

This week on December 11, 2015, two new Nepali movies are released in theater – ‘Lati’ and ‘Agni’. Unlike other movies at the time of the release, these movies were not promoted much. The movie ‘Kabaddi Kabaddi’ is still running in theater with considerable viewers in its third week of release. The last week’s release ‘Chocolate’ has lost some theater because of less interest in viewers. ‘Chocolate’ actress and producer Poojana has expressed her surprise in the last of viewers in spite of excessive promotion of the movie. 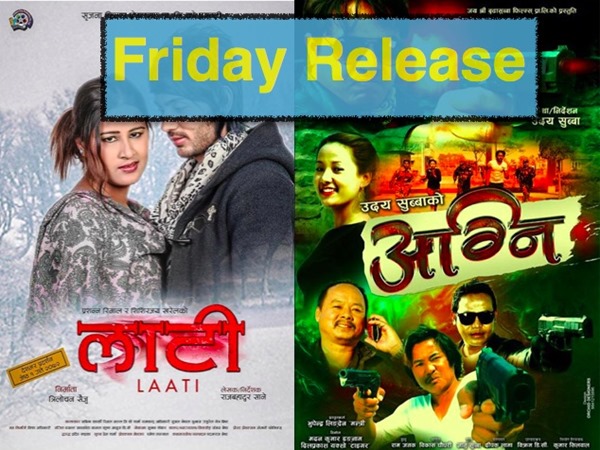 END_OF_DOCUMENT_TOKEN_TO_BE_REPLACED

On the occasion of the birthday of one of the producers of the movie, the release date and poster of the upcoming movie ‘Lati’ was released. A presentation of Shishirjaya Kharel and Prasanna Rimal, ‘Lati’ is made on the direction of Rajbahadur Sane. The movie features Sabina Karki, Rival Malla, GK Sharma, Sujal Nepal and Subhash Gajurel in main roles.

The movie made under the banner of Srijana Films also features the child artist of the hit film ‘Jhola’, Sujal Nepal. The movie is made on a story of a simple girl who goes through hardships because of her simple nature. The movie features music of Basanta Sapkota, action of Pradeep Khadka, cinematography of Padmaraj Shrestha.