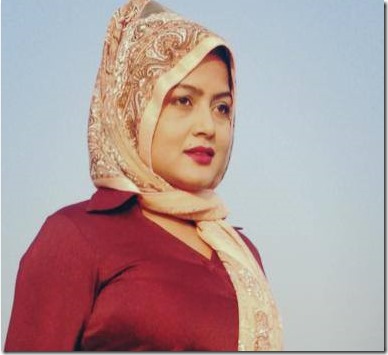 But, in the case of ‘Tathastu’, she has changed her attitude and has been promoting the movie in her Facebook page, in every interviews and she is even promoting the film in television shows. Now the question arises, what made Rekha to give herself in the promotion of the movie produced by somebody other than herself.

It seems, the director of the movie, Shabir Shrestha, has used a secret tactics to motivate Rekha in the promotion of his film. Some suspect, Rekha is a secret share-holder of the film. Rekha’s interviews and her participation in programs like ‘Nepali Tara 3’ are indications that she is really serious in making the film a success.

‘Tathastu’ is releasing Friday, this week with Aryan Sigdel‘s ‘Albida’ and Samyam Puri‘s ‘Aavash’. The timing of the release and the competition indicate that it won’t be easy for the action movie to win the viewers heart. Only time will tell if Rekha’s extra effort will help in winning the viewer’s heart.

4 thoughts on “Tathastu promotion and Rekha Thapa, has she invested in the film?”