After Karishma Manandhar and Sushma Karki, actress Suvekchya Thapa has also added a tattoo on her chest. While Karishma has a tattoo of a rose on the top of her left breast, Sushma has an image of the sun, Suvekshya has chosen two Nepali flag to show her love for the country. (we had also compared Sushma and Karishma’s tattoos)

In addition to two crossed Nepali flags, she has also written ‘I love Nepal’ all in capital. 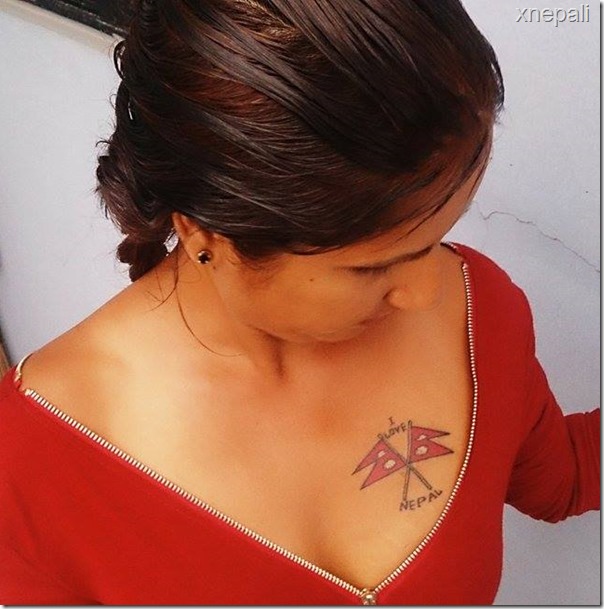 It is to be noted, in Suvekshya’s latest film ‘Bindaas 3’ she has replaced the actress with tattoo on breast, Sushma Karki. The tattoo of Sushma had also created controversy during the release of ‘Bindaas 2’.  In a question if the tottoo was the requirement of the story of the movie, Suvekshya told that it was not. She told, “I had always wanted to have a tattoo.” ‘Bindaas 3’ is releasing on October 3.

She says, she had been wondering on the subject of tattoo for a long time. At last, she settled to reflect her love for the nation on top of her heart.

Tattoo has been a new fashion among Nepali actresses. In addition to Kaarishma, Sushma, Priyanka Karki, Ashishma Nakarmi, Mausami Malla (read NepaliActress – five tattoo beauties)  other actresses like Poojana Pradhan and Sagun Shahi have also embraced tattoos to enhance their beauties. (Which actress has the best tattoo?)

Although, the mother of a teenaged daughter, Suvekshya still looks young. 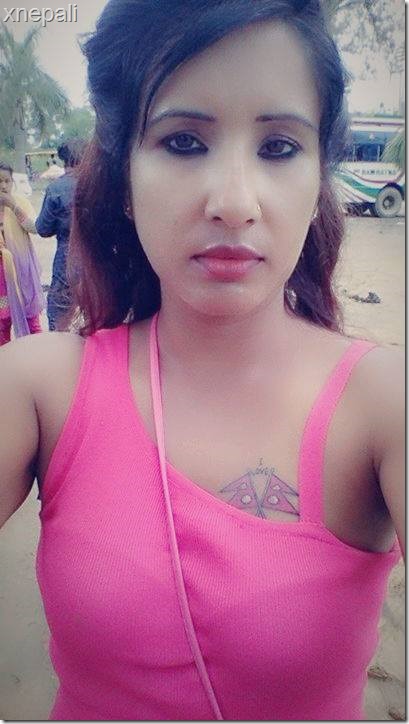 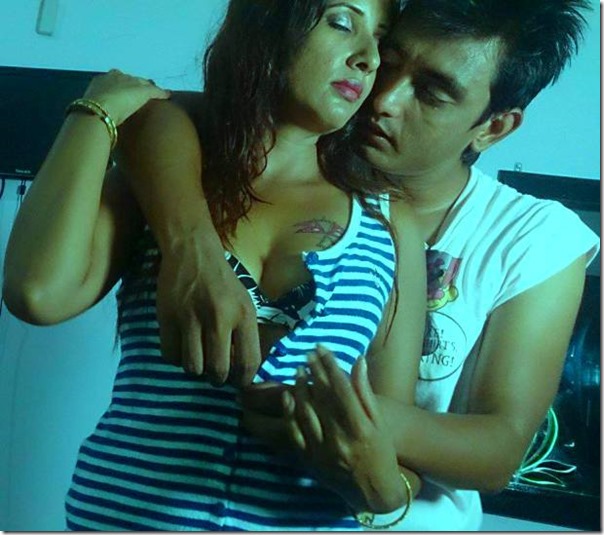 One thought on “Tattoo, Suvekshya Thapa draws Nepali flag on top of her heart”