After reaching the USA, Rekha Thapa had posted a few photos of hers on Facebook, wearing a scarf with UK/US flag printed on it. Some journalists had criticized Rekha for wearing such a scarf and accused her of embracing foreign lifestyle. Such an accusations have hurt Rekha’s sentiment and she told us, “I Love my country Nepal for ever.” 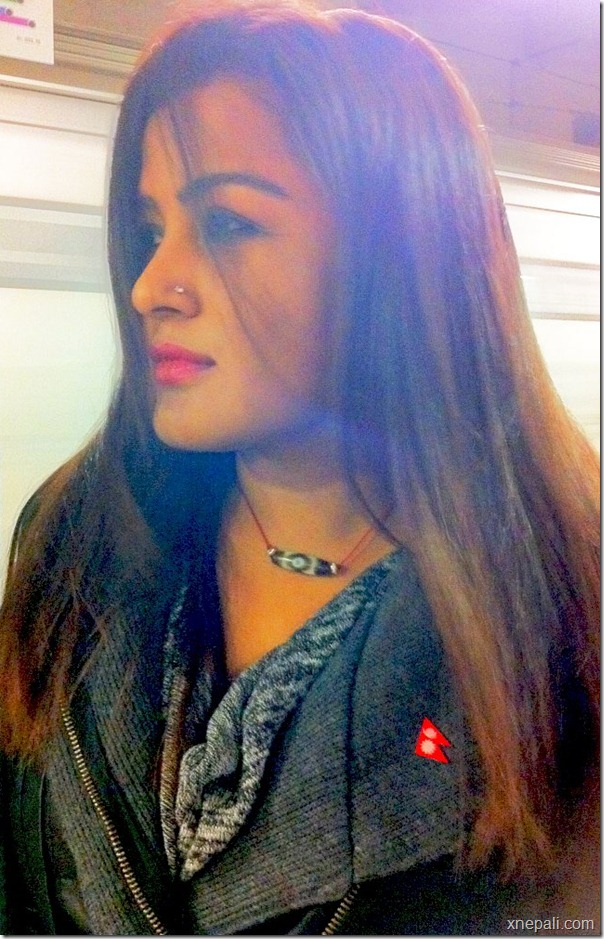 Hurt by the media report, she wore a Nepali flag on her chest. But, to her dismay, nobody noticed the photo and there were no report about Rekha’s love for her nation.

END_OF_DOCUMENT_TOKEN_TO_BE_REPLACED

In our inquiry on the reason behind her cancelation of the visit to Malaysia for the cultural program ‘Remix Dhamaka 5’, Rekha told that she doesn’t have a Malaysian visa to travel to the country.

END_OF_DOCUMENT_TOKEN_TO_BE_REPLACED

After 16 years of absence from the Nepali movie industry, actor Saroj Khanal is making reentry with ‘Manav’. The movie is scheduled to release in theaters on February 8.