This is a part of series of historical posts in xNepali about the Prime Ministers.

Watch the video report about the Prime Ministers of Nepal: 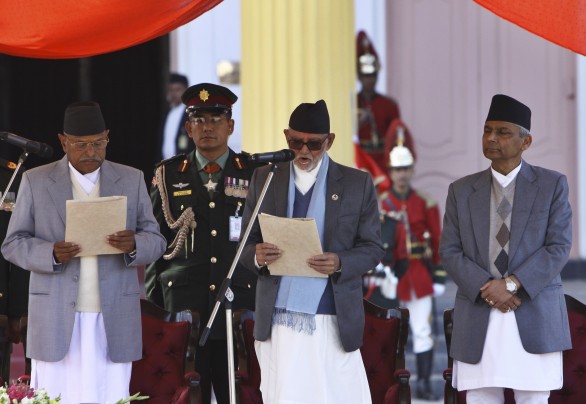 This is an investigative report series about callgirls in Pokhara, the tourist-destination in Nepal. Although such a trade is no legal in Nepal, the legal enforcement is not enough to stop such trade. These girls run their business in hotels restaurants and other public places. But, all women working in such businesses can’t be generalized. There are a lot of shady business practices but police do take action from time to time.

The business of love is one of the most ancient business of mankind. Although it is not legal in Nepal, it is nearly impossible to control and stop the trade. Because of the the restriction, a lot of crime in the business is not brought into court. That has created a lack of law and order among these people. Although the police arrests such girls from some hotels and restaurants from time to time, there are other places where no police intervention could be made. Many police officers are also the regular clients of the girls. This report is prepared based on police investigation, conversation with workers girls, hotel and restaurant owners, public, taxi drivers and social investigators. Every types of girls are in such business. There are girls in labour workers, professionals and celebrities involved in such businesses.

Each of these professional will be discussed in details in upcoming series.

These types of girls and women are easy to find. Although they serve foods, these restaurants are more focused on girls than the foods. So, most of these restaurants have cabins and they serve limited amount of foods and a lot of drinks. Some even don’t have a cook as they only serve dry foods or foods ordered from other restaurants.

END_OF_DOCUMENT_TOKEN_TO_BE_REPLACED

This Nepali movie is a presentation of Big Production House.The executive producer of the movie is Krish Rijal and is produced by Rajesh Ghatani. The movie is the sixth movie of the director Suraj Subba. In our review, Suraj Subba was criticized in failing to bind the story in script. Abinash Gurung is a new introduction in the movie.

Read the review of ‘Biteka Pal’ to know about the movie. If you enjoy love story movie, this might be the film you will like.

END_OF_DOCUMENT_TOKEN_TO_BE_REPLACED

Indian actress SriDevi has died on Feburary 25, 2018 while in Dubai participating in a marriage ceremony.

The last video and photos before she died:

Shreedevi was born in Sivakasi, Tamil Nadu, India on August 13, 1963. Her real name was Shree Amma Yanger Ayyapan. Her father was Tamil lawyer and her mother was Telugu.
END_OF_DOCUMENT_TOKEN_TO_BE_REPLACED