Artists have arrived in Malaysia to participate in Remix Dhamaka 5 – a cultural event to start from Februry 10 in four different places in Malaysia. 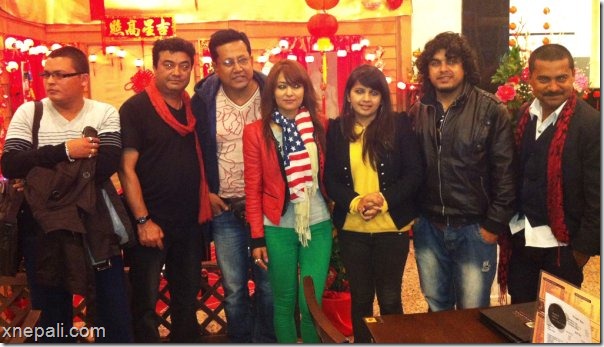 Previously, Rekha Thapa was supposed to participate in the event, and she was given a prominent place in the promotion poster. But, in the last hour Rekha had to cancel her visit because of visa problem. In Rekha’s place Jharana Thapa and Dinesh DC were invited to participate in the program. Other participants in the program include actress Anu Shah , singer Pramod Kharel, comedian Surendra KC and singer Mandabi Tripathi.

We don’t know it it were a coincidence or a deliberate action by Jharana Thapa, she was seen wearing the same scarf Rekha wore in the US, in the photo taken at the Malaysian airport. The same scarf made news when some media complained on Rekha’s choice of scarf with US flag on her first first visit to the country. In response, Rekha had to wear a pin of Nepali flag to show that she loves Nepal. It is to be seen if Jharana’s scarf attracts any media attraction.

The Remix Dhamaka 5 will be held at JB The Zon Regency Hotel level 6 on February 10, at KL Chinwoo on Februry 11, at Melaka SJKC Pey Teck on February 12, at Penang BM on Febury 13 and finally in Meru Pakan Meru on Februry 15.

Compare the photo of Rekha in the following photo and the one of Jharana and the team in the photo above. 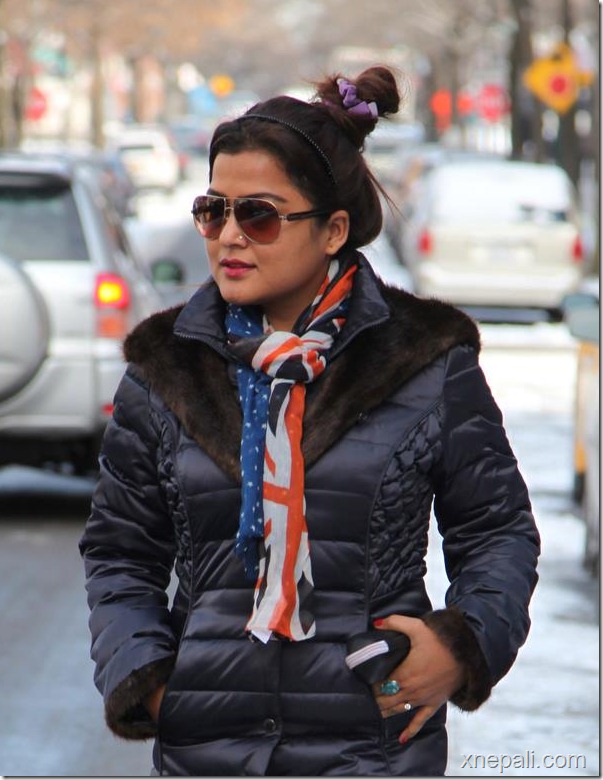 One thought on “Artists arrive for Remix Dhamaka 5 in Malaysia”