In a press meet held in Kathmandu, the audio of upcoming movie ‘Kollywood’ was released on December 30, 2012. The music was previously unveiled in a program held in Qatar, and the second release of the CD is believed to be nothing more than a publicity stunt.

In the audio release program Ashok Sharma was the chief guest. The director Navaraj Acharya, actors Aryan Sigdel, ac
tress Priyanka Karki and the producer Tanka Karki jointly unveiled the music CD. The movie features three songs including an item song. Miss Nepal 2011 Malina Joshi is also featured in one of the songs in the movie.

The movie features the music and lyrics of Pradeep Bastola. Pradeep has also given voice to one of the songs. Other singers include Indira Joshi and Shreya Sotang. The red-carpet premier show of the movie is scheduled for January 11 in Doha, Qatar. 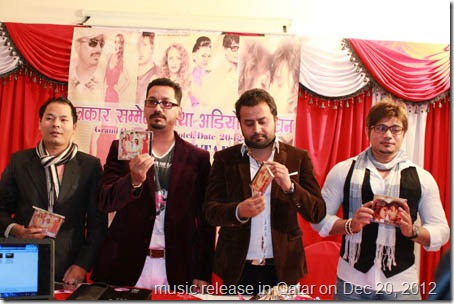 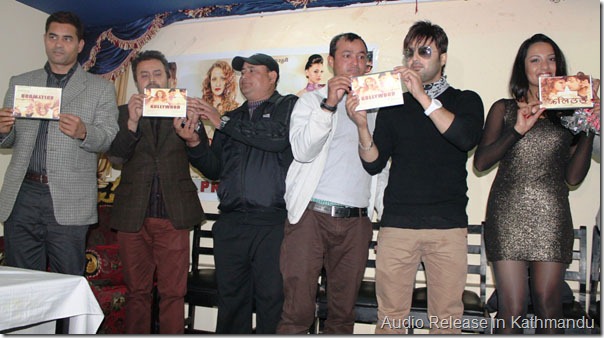