When Karishma Manandhar attended the first anniversary party of Nagariknews, she became the center of attraction. The actress in her 40s looked younger and more attractive in the green dress.

It was not only the face and the dress that was attractive about her that day. The tattoo of Nepal’s national flower ‘gurash’ (Red Rhododendron) on her breast was the center of attraction of everybody.

The tattoo looks more like a painting on her breast rather than a permanent tattoo. It looks like, after living in the US for some time, she has brought the western trends and fashion with her. Showing panties while wearing mini-skirt (photo below) seems another of the western fashion trend (Thanks god, she didn’t dare the Brittney Spears, or Paris Hilton, or an Indian-Samita Setty style!). 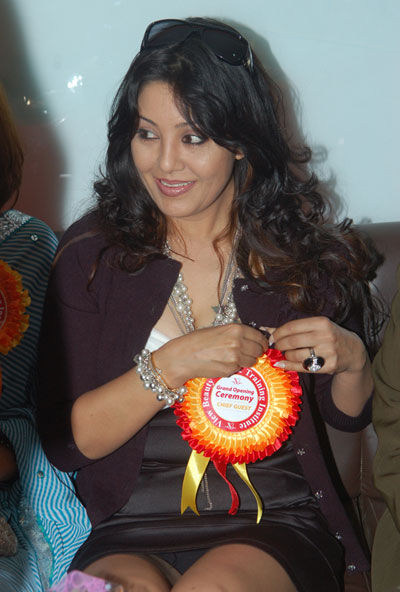 More photos from the event and Karishma in mini-skirts 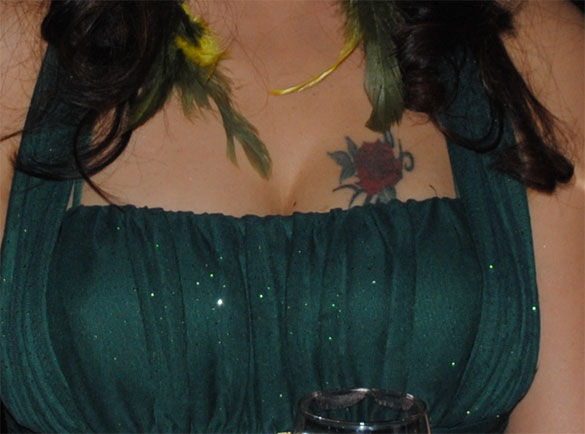 It seems, our previous statement on the tattoo on the left breast of Karishma Manandhar – “The tattoo looks more like a painting on her breast rather than a permanent tattoo,” is not true! (referred to the statement above). 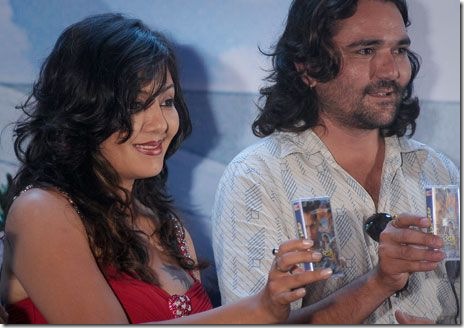 She has displayed the cleavage (with the big tattoo) again in another function in Kathmandu. The national flower ‘gurash’ (Red Rhododendron) looks exactly the same when compared to the one she showed in the first anniversary party of Nagariknews. Posted below is the previous photo for comparison.

Karishma was the chief guest in a program held to release the audio cassette of the movie ‘Love Story 2066′ made under the banner of Wave Production.

Karishma along with director Dipak Rayamajhi and Naresh Poudel jointly unveiled the audio cassette of the movie in the program. A music video of one of the song was also shown in the program.

The movie is planned to be released next month.