Full video of the event.


The finale of Miss Nepal was held at Hotel Annapurna.

The chief judge of the event, the governor of Nepal Rastra Bank, Chiranjivi Nepal, had asked the final question to the top 7 contestants – “What contribution can the women of Nepal give in the development of the country?”.

I will update on the sub-title winners in a while. 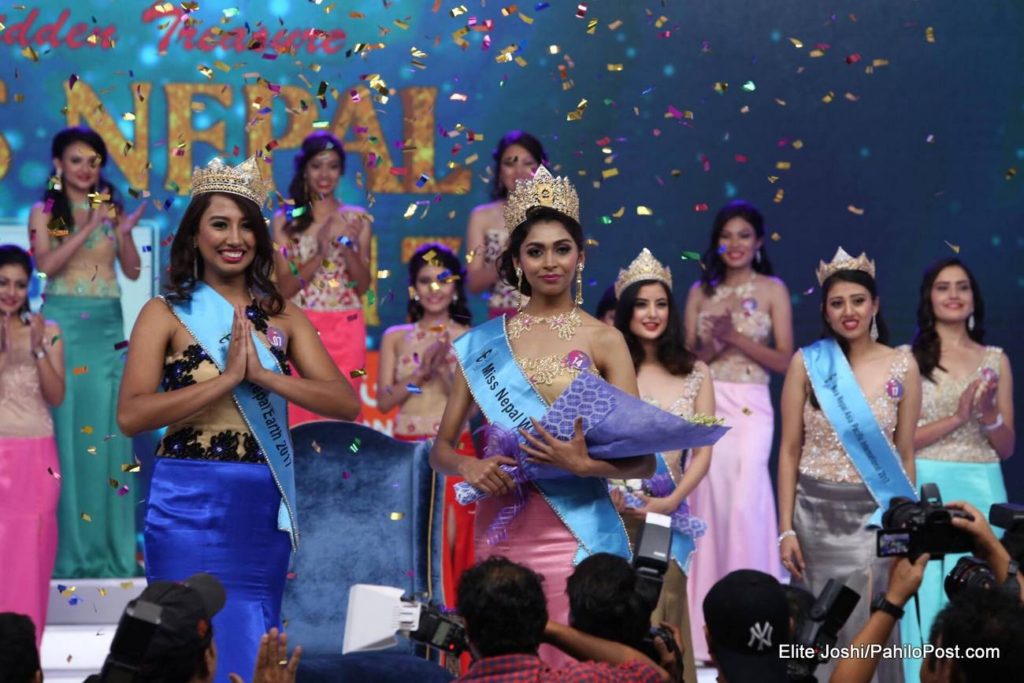 Who is Nikita Chandak?

I had prepared a video report on Nikita Chandak earlier – expecting her to win the crown. I had prepared video reports of only two contestants – Nikita and Niti Shah. While Nikita won the title, Niti won the Miss Nepal International title.

Contestants of 2017 edition of Miss Nepal

There were variety of contestants in the 2017 edition of the Miss Nepal in terms of profession they were involved in. There were two engineers, business graduates, science graduates, journalism graduates and professionals in other field. All the 19 contestants were educated, talented and the competition was fierce for the crown.

A few days before the competition, one of the past Miss Nepal, Sadichha Shrestha, Miss Nepal 2010, was awarded in one of the top business schools in the world, AIT. A proof that the Miss Nepal are more than beautiful and attractive face. (Read about Sadichha’s achievement)