On the marriage of his hair dresser Surendra Thakur, actor Rajesh Hamal chartered a helicopter to his remote village in Sarlahi. The marriage held on Ashad 20 became special when the superstar of the Nepali film industry arrived in a helicopter. 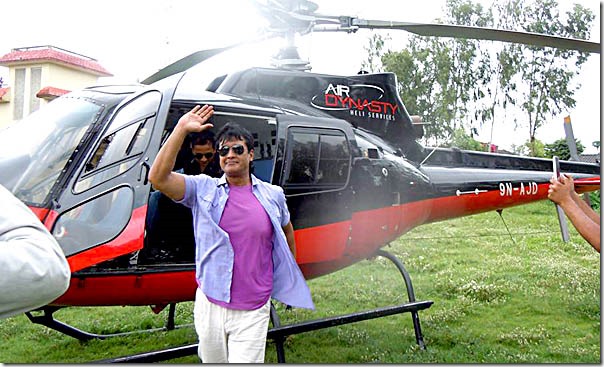 Surendra Thakur had been working as the hair dresser of the actor for the last seven years. 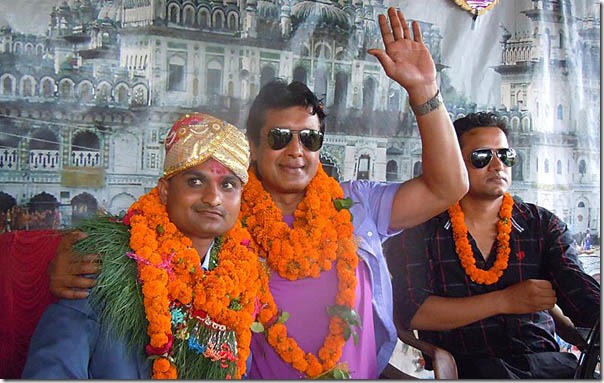 The cost of the helicopter charter is believed to be in the range of Rs. 1.5 million. Rajesh Hamal’s assistant Dipendra Mahato, journalist Subash Dhakal, Bidur Khatiwada and Pradip Niraula were also with Hamal in the helicopter journey. Rajesh Hamal returned back to Kathmandu at around 4:00 PM. 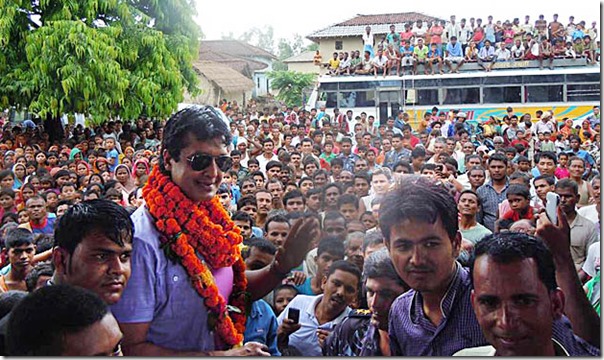 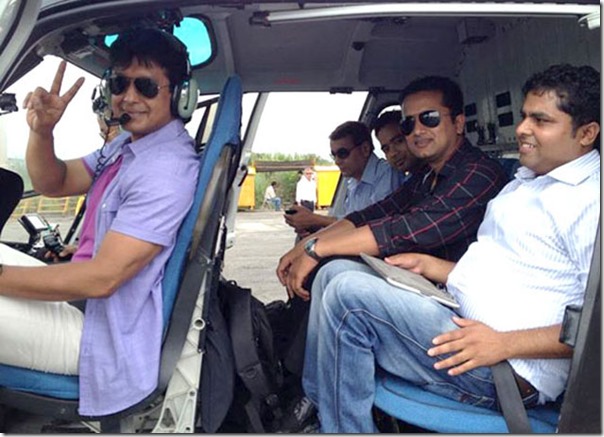 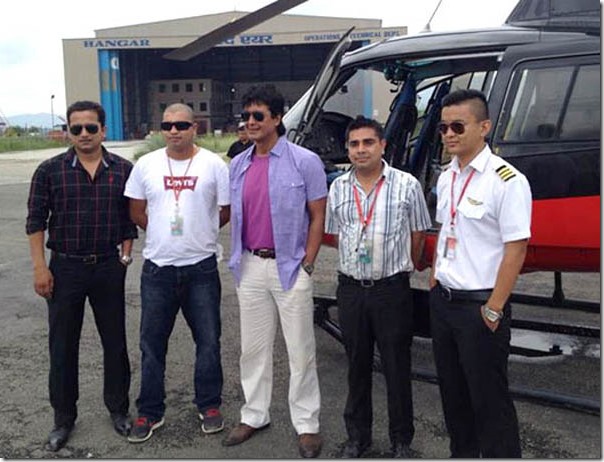