Popular singer Anju Panta has married a lyricist, a journalist and a pastor of a Church, Thir Koirala. In a private ceremony Thir and Anju Panta got married in a Church among their close relatives and friends.

Singer Anju Panta got an instant popularity in the Nepali music industry. That caused her a lot of different problems in terms of her relationship and other things. When she was undisputed queen of the singing industry – she got married to another singer Manoj Raj Siwakoti. When Anju became more popular than Manoj, their marriage got into trouble. She started drinking a lot. Drinking problem caused her to have even more problems. She wasn’t able to sing at times.

When there was trouble in her voice, she sought medical help. But, no doctors were able to cure her.

The reason she convert from Hindu to Christian religion

END_OF_DOCUMENT_TOKEN_TO_BE_REPLACED 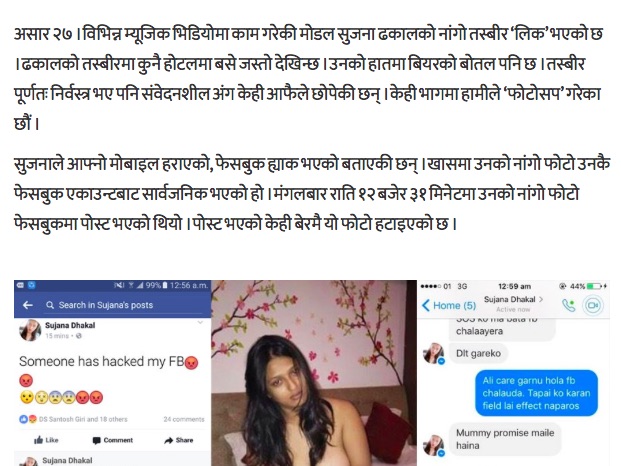 Scandals and the movie industry go hand-in-hand. Scandals are tragic in nature. People need to be more tolerant on such issues. I have compiled a video report on the top 5 scandals involving the Nepali movie industry personalities.

I have discussed about four actresses and a singer.
END_OF_DOCUMENT_TOKEN_TO_BE_REPLACED

In January I wrote about the top 5 controversial actresses in the Nepali movie industry. The post got a lot of viewers and the accompanying video is one of the most viewed videos in YouTube Channel. (I am preparing a video report on Top 5 Tattoo beauties which is coming soon.)

Now, I have one more Top 5 list: Top 5 sex scandals in the Nepali movie industry.Â The list has two repetations – Namrata Shrestha and Pooja Lama.

Sex scandals are more tragic than being controversial. Controversies are sometimes good for the celebrity, but sex scandals have done more harm than good. Watch the video report: