END_OF_DOCUMENT_TOKEN_TO_BE_REPLACED

The sixth NFDC National Film Award 2074 was held in Kathmandu on April 27, 2018 at Hayat Hotel. The best film in the award ceremony was ‘Shatru Gate’. The film also won best editing, script, and sound effects. The best director award was awarded to Milan Chams for his film ‘Lily Bily’. Actress Benisha Hamal became the best actress and Anmol KC was awarded the best actor award. â€¯à¥¤

END_OF_DOCUMENT_TOKEN_TO_BE_REPLACED 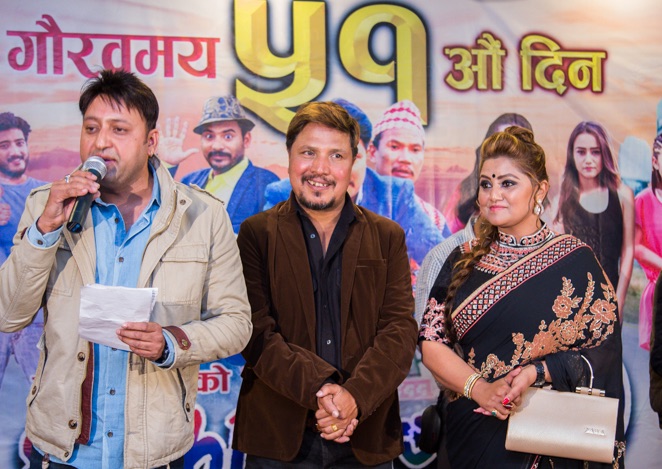 The writer and producer, Deepak Raj Giri, admitted that there were some mistake. But, he was happy that people have liked the movie despite of the mistakes. He promised to produce more successful movies in the future. The director, Deepa Shree Niraula, also promised to improve her shortcomings in future projects.
END_OF_DOCUMENT_TOKEN_TO_BE_REPLACED

One of the most awaited movie of the year, ‘Chhakka Panja 2’ has released the first trailer. The trailer was released as per the schedule recommended by an astrologer. The astrologer, Bushesh Thapa, had told the producers to release the trailer at 6:05 and 2 seconds for the best response. 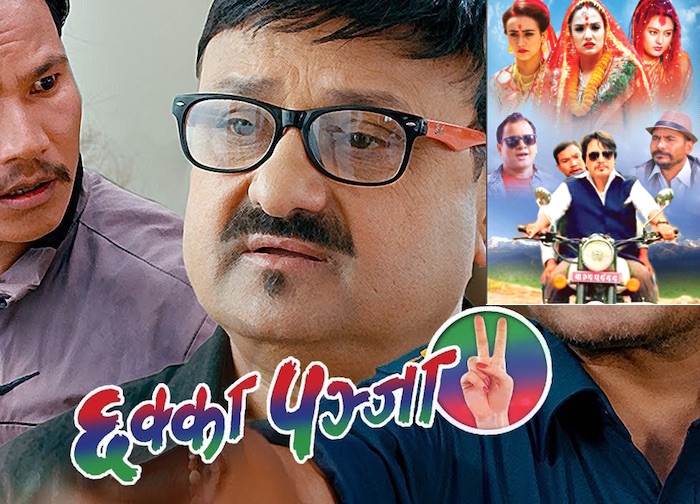 The movie made on comedy theme is the fourth movie after the hat trick in successful comedy movies by the comedy duo- Deepak Raj Giri and Deepa Shree Niraula. The movie scheduled to release on the Fulpati of Dashain (Ashoj 11) features a lot of well known actors in it. The movie team had released two songs in the past – both of which were very successful in terms of viewership. They had also gone through bitter controversies.

The movie features Deepak Raj Giri, Priyanka Karki, Kedar Ghimire, Jitu Nepal, Shiva Hari Poudel, Buddhi Tamang, Barsha Raut, Sworoop Purush Dhakal, Swastima Khadka, Gaurav Pahadi and others. Although the movie name is the sequel of the super-hit movie ‘Chhakka Panja’, the story is told to be different from the previous one.
END_OF_DOCUMENT_TOKEN_TO_BE_REPLACED

A song titled ‘A Daju Nasamau …’ was released on Friday and got an immediate popularity. But, the music of the song was accused to be stolen from a veteran musician Kancha Magar Nepali. The original musician wasn’t even credited in the music video. The video got additional views because of the scandal.

It was accused that the music arranger and the singer Almoda Ran Uprety had copied the song when Prince Nepali had once played it to him. The great-grandson of Kanchha Magar, Prince Nepali, is a well known sarangi player in Nepal. Right after the issue was covered in the media, the credit to the original composer was added in the comment section of the video. The producer and the actor of the movie, Deepak Raj Giri, admitted the mistake in a status update in Facebook. Full statement of Deepak is:
END_OF_DOCUMENT_TOKEN_TO_BE_REPLACED