One of the most sad moment in the Nepali film industry was in 2002 when actress Shrisha Karki committed suicide over a photo published in a weekly tabloid – ‘Jana Aastha’. The whole film industry was shocked by the extreme action taken by the aspiring actress and everybody accused the journalist of causing the distress to the actress.

Case was filed against the chief editor of the newspaper – Kishor Shrestha and two writers mentioned in the news article. But, they all got cleared because the case wasn’t prepared well. None of the accused were punished for the action. The newspaper editor, Kishor Shrestha, later told that the photo of the actress was taken by a police officer and given to them. Everybody believed the police officer, Uddhav Bhandari, was the main culprit.

But, when I went back to the case and did a little research – the truth seem to be something else. It seems, Uddhav Bhandari was used by the journalist just to make a case. It seems, Bhandari doesn’t have anything to do with the case.

A summary of my conspiracy theory is :
END_OF_DOCUMENT_TOKEN_TO_BE_REPLACED

Nepali movie ‘Divorce’ is a presentation of Shreenagar Films, Butwal by Manish Panth.The movie is rated ‘A’ (suitable for viewers 16 years and old) by the FDB Censor Board. The movie was released on April 4, 2014 is produced jointly by Rohit Puri and Min Prasad Shrestha. The movie features the action of Sanu Kumar Maharjan, editing by Roshan Lamichhane / Kiran Raj Thapa, music by Bishal Humagai / Krishna Bhandari, cinematography / script / choreography by the director Manish Pantha.

END_OF_DOCUMENT_TOKEN_TO_BE_REPLACED

A presentation of Himgiri Films, Nepali movie ‘Urvashi’ is a movie by Manish Pantha and a Khageshwar Pun product. The movie features the choreography of Babbu Thapa, cinematography of Dibya Raj Subedi, music by Birendra Agrahari / Bikash Chaudhary / Arjun Kausal, script by Manish Pantha. Actress Arunima Lamsal is featured in guest appearance role. This movie was Arunima’s comeback movie after she gave birth to a child.

The photo morphing of the Urbashi poster was highly criticized.
END_OF_DOCUMENT_TOKEN_TO_BE_REPLACED

A poster and a trailer of Manish Pantha’s upcoming movie ‘Divorce’ are released online recently. The movie scheduled to release on April 4, 2014 tell the story of family relationship and the society. The movie also tries to create awareness on youth about making sex videos and their consequences. 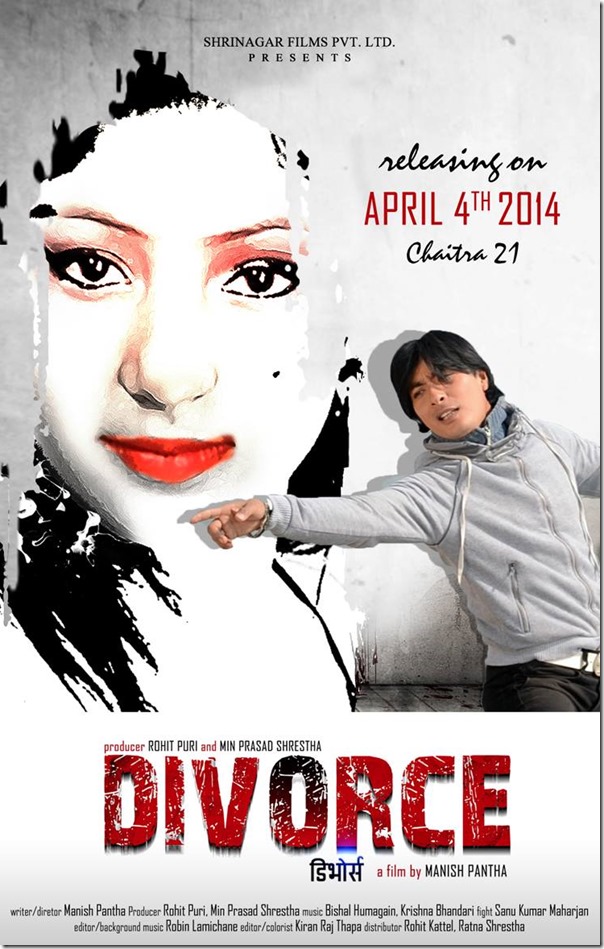 The trailer of the movie:

END_OF_DOCUMENT_TOKEN_TO_BE_REPLACED

After taking a break from the film world for more than a year, actress Arunima Lamsal is returning back in her upcoming movie “Urvashi”.Â  This is going to be her first movie after she gave birth to her first child. Arunima is currently shooting at the location in Butwal. 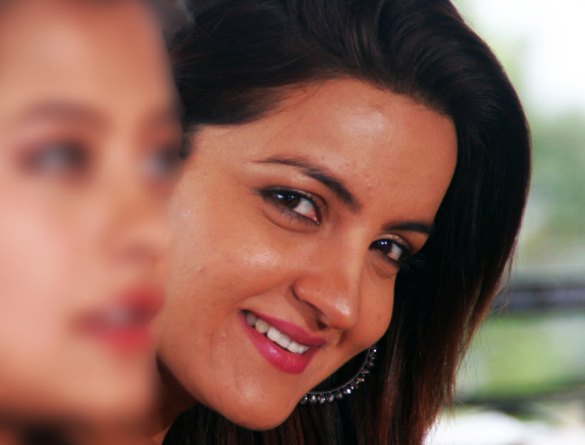 In the movie, Lamsal is playing in a role of a lover girl – told by the director Manish Pant to be a small and catchy role. In addition to Arunima Lamsal, actor Kishor Khatiwada, actress Nita Dhungana and actor Kishor Shrestha will also have main roles in the mvoie. The music of the movie is composed jointly by Bikash Chaudhary, Birendra Agrahari and Arjun Pokhrel. END_OF_DOCUMENT_TOKEN_TO_BE_REPLACED