After asking those who know, some of the actresses who smoke off-screen are (the list is updated according to the comments in the video):

The original list was prepared based on an article published in an online magazine, Dainik Nepal and updated according to the comments made on the video.

According to the report in Dainik Nepal:

The top actress of the past, Rekha Thapa is a regular smoker. Rekha is usually seen smoking in public. In an event, Rekha was also seen smoking pot in public with then chief of Film Development Board.

Mala Limbu smokes openly. She is also told to be a chain smoker by her friends.

The actress and model Sushma Karki is also a chain smoker. Sushma finishes a pack of 29 cigarette every day.

Another well known smoker actress is Sumina Ghimire. Sumina has left the film industry after she got married. A mother of a daughter Sumina is not seen in any public function these days.

A new actress and model with a lot of potential, Paramita RL Rana, is also a smoker according to the viewer of the video. Others have named Barsha Raut, Oshima Banu and Anna Sharma as smokers (these names aren’t independently verified).

But, according to Barsha Raut, she doen’t smoke in real. She had learnt how to smoke for the role in “Chhakka Panja 2”. Although she has smoked a lot in the film, it was only for the film. The character she played in the film is outgoing girl who smokes, wears short dress and is very modern. After the completion of the shooting, she has stopped smoking. So, she can’t be called a smoker.

It seems, Paramita RL Rana does smoke. She shared a Facebook page in her Twitter advocating Vape (electronic cigarette). Although that doesn’t make her a smoker, there might be a truth on the statement of the person who made that comment.

Please do like and share. This is a great option for people trying to quit smoking. Tobacco kills Vape doesn’t. https://t.co/KdSV9GVpYi

I couldn’t find any information about whether Osima Banu and Anna Sharma do smoke or not. I won’t consider them smoker unless somebody gives me a clue or a proof. 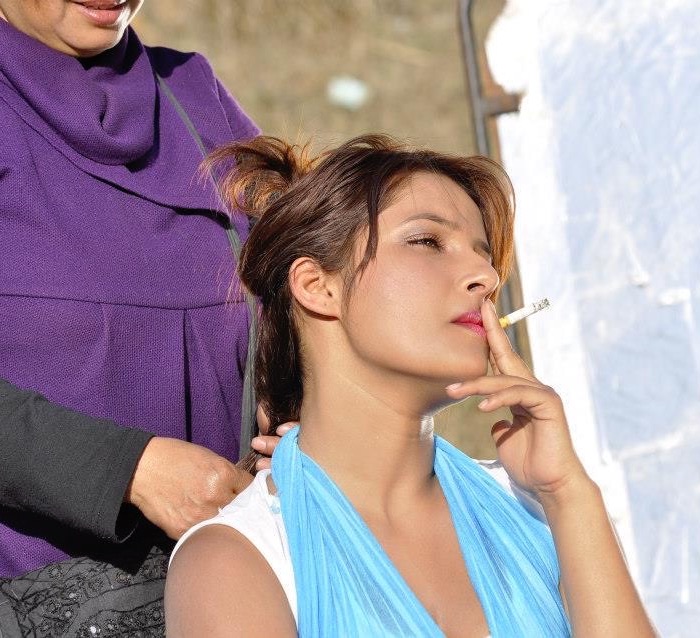 Punishment for smoking in public place

This is a photo, taken in 2011, showing a police officer punishing an assistant of a microbus for smoking in public place. 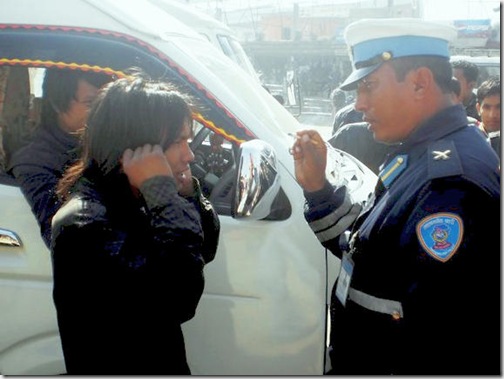 Last month (in August of 2011), the government of Nepal had banned smoking in public places. To support the movie, the government had told that smoking was the cause of the death of a Nepali every 30 second.

The ban of smoking in public place is expected to help reduce the adverse effect of the exposure to second-hand smoke and also help reduce the consumption of cigarette by smokers. (Photo credit – somebody in Facebook – I couldn’t find it in FB again – please comment if you know who took it. Thanks.)

The original video (The updated version was attached earlier. The following video is unlisted in YouTube): 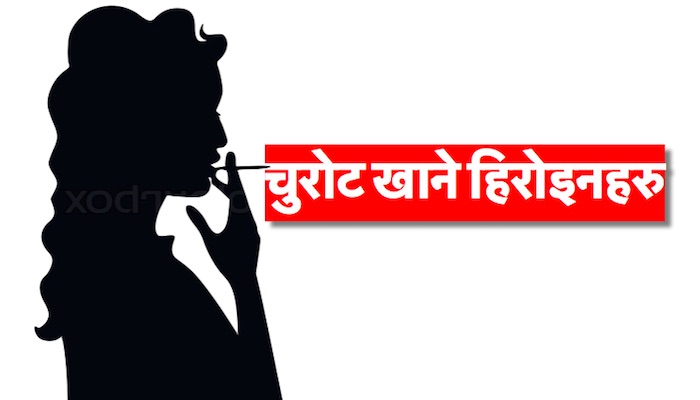