The following video lists eight Nepali actresses who had preferred an already married man to an unmarried one, to get married. I think, some of them might have preferred a married man instead of an unmarried man because of their experience in dealing with women. Unmarried men usually feel insecure when dealing with a woman. Married men are more confident with women and know how to please them. Is that the main reason the following list of actresses married an already married man?

Let’s watch the following video report on the actresses before a detailed discussion on the topic:

Was Sharmila Malla looking for an experienced man?

Among the actresses mentioned in the video, actress Sharmila Malla is the only actress who had been the fourth wife, others are either third or the second wives of their husbands. It is surprising how Sharmila roped-in her husband, Krishna Malla, into her love and stopped his marrying-spree. Krishna Malla had already married three women in a young age but stopped marrying new girls after marrying Sharmila in the last 30-years they are living together.

Now, the main question, was Sharmila attracted to Krishna Malla because of his previous experiences with various women? May be, experience pays off. But, at the time of her marriage, Sharmila had no idea that Krishna Malla had married other women before her. In an interview, Sharmila told that she didn’t know about Krishna Malla’s earlier marriages until she gave birth to her son. Based on Sharmila’s statement, although Krishna Malla didn’t tell her about his previous marriages at the time of their marriage, he must have shown the understanding and the talents that only a well experienced man can show to a girl. 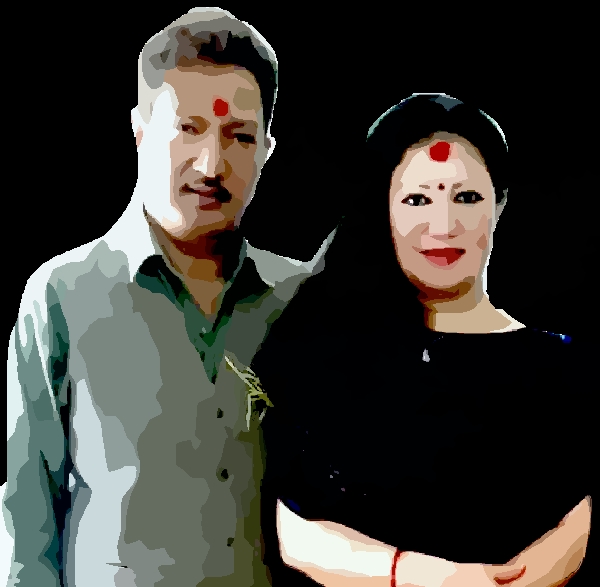 Was Rekha Thapa looking for an experienced man?

That was not all, in one incident, Rekha Thapa also gave credit to Naresh Poudel as her god-father in the film industry. That was in 2013, a while after Rekha and Chhabi separated. Before separation, Rekha used to call Chhabi ‘Daddy’ and the god-father in the film industry. The patch-up between Chhabi and Naresh happened after this incident. It is clear, there had to be something going on between the three of them. (Read more about Rekha Thapa calling Naresh Poudel her god father.)

These facts show that Rekha was more attracted to Chhabi than others, and she might have seen the skills in Chhabi that could help her in making her successful. She was right. She became the number one actress in the film industry. Right after she became the top actress and learnt the art of film making from Chhabi, she left him and started producing her own movies. All of the three movies Rekha produced had been successful. Rekha’s movies are also available to watch here in xnepali: 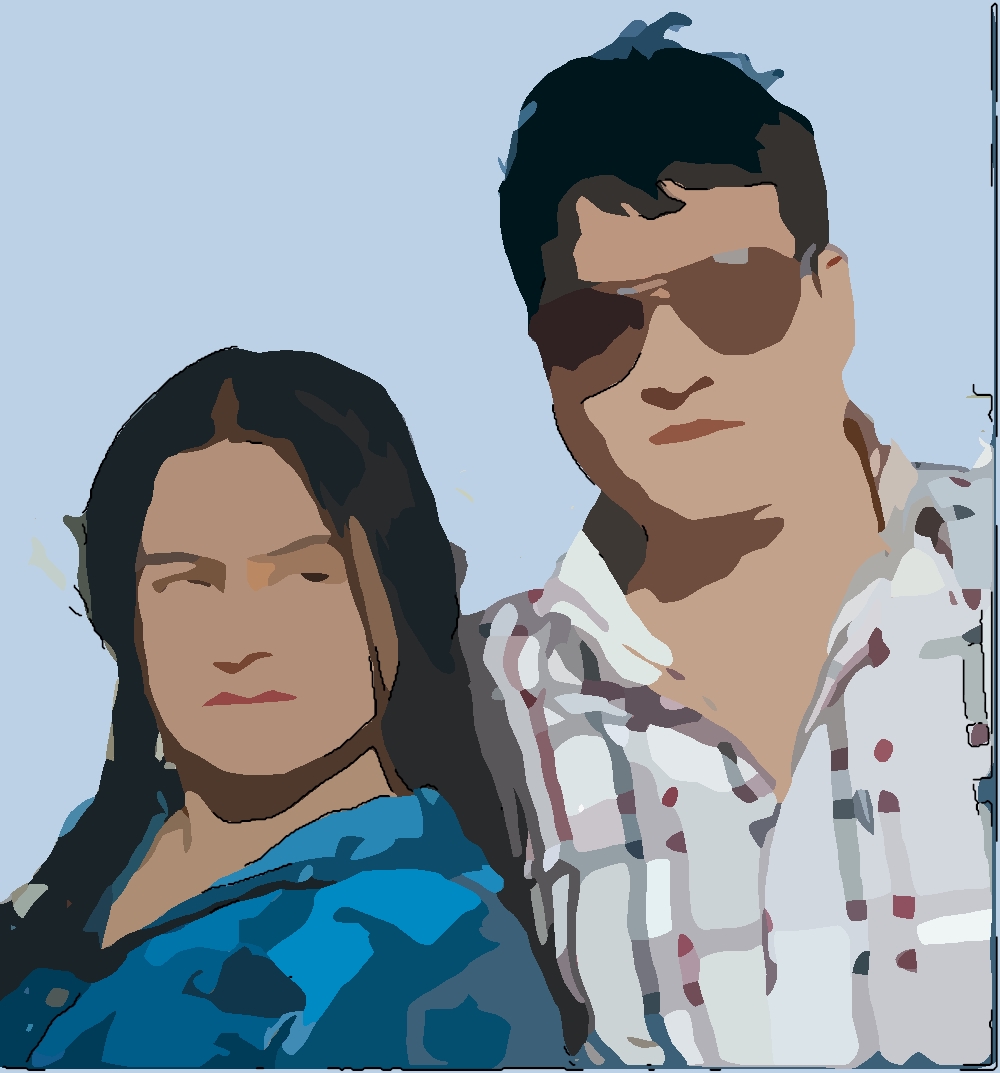 Was Sanchita Luitel looking for an experienced man when she married Nikhil Upreti?

Sanchita Luitel’s case is much more clear than other actresses’. Sanchita first married an unmarried guy, Aakash Shah. As it was a love-marriage, nobody had forced Sanchita in the first marriage. The marriage however failed in a short time. It seems, she didn’t want to risk marrying another unmarried man and chose Nikhil Upreti, a happily married man as her second husband. She should have seen something in Nikhil that wasn’t there with Aakash. Nikhil Upreti and Sanchita Luitel had risked their career and everything, at the peak of their career, just to get married.

Even after Sanchita has given birth to two of Nikhil’s children, Nikhil is still married to his previous wife, Kopila Upreti. Experience certainly has paid off to Sanchita. 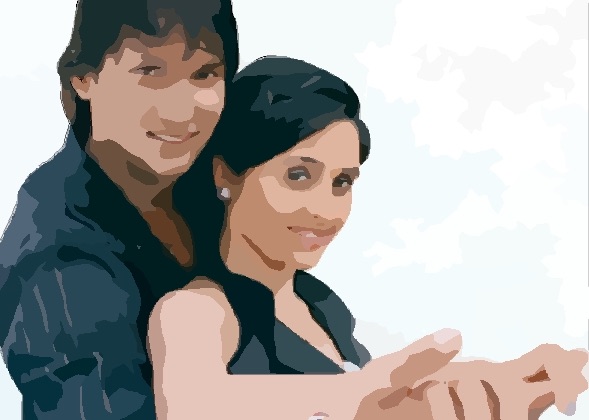 Was Simpal Khanal looking for an experienced man?

Like Sanchita, Simpal Khanal’s first marriage was a disaster. She married a foreigner, also a previously married man. It is likely that Simpal was attracted by the experience Nadeem showed in dealing with her. There is no news of whereabout of Simpal after marriage earlier this year.

Was Pooja Chand looking for an experienced man?

A divorcee, Pooja Chand, found another divorcee, Raju Lama, to get married in the USA. They were living together for years before finally getting married in 2014. The first marriage didn’t work for both of them. They have carefully chosen the partners of their old age. Both Raju and Pooja have grown up children.

Was Saujanya Subba looking for an experienced man?

Both divorcee – Saujanya Subba and Bhupen Chand found the love in each other, that they didn’t find in their previous marriages. So, the experience certainly mattered in Saujanya’s case too.

Was Mithila Sharma looking for an experienced man?

Actress Mithila Sharma’s case is a bit different from the other actresses’. She reportedly was having an affair with Moti Lal Bohara for a long time (although, there is no evidence to prove it.) Her relationship with Bohara should have been quite intense, as she remained unmarried and waited for Bohara till her 50s. At the time of marriage Moti Lal Bohara was 74 years old and Mithila somewhere in her 50s.

Was Sushmita KC looking for an experienced man?

Actor Bhuwan KC is known as a playboy in the Nepali film industry. It is likely that Bhuwan’s relationship with Sushmita KC caused him to divorce his first wife, Bijaya KC.

Bhuwan is an attractive and a very successful actor in the Nepali movie industry. Being attracted to such a personality is understandable. But, their relationship turned sour after Sushimita gave birth to Anmol KC. They remained together for a while and separated. Sushita has recently produced a movie titled ‘Ma Ta Timrai Hoon’ under a banner named after her son Anmol KC. It is interesting, Bhuwan KC’s film production banner is named after his daughter from his first wife, Kajal KC. 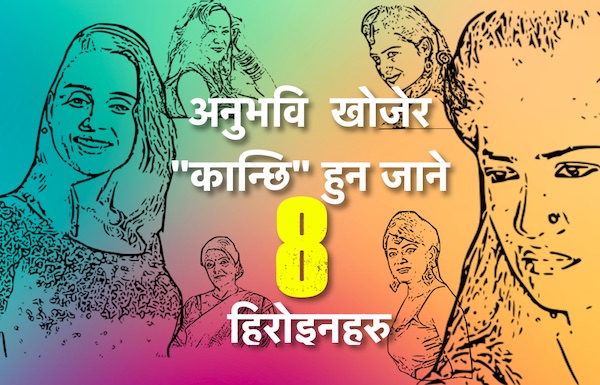