The movie ‘Maun’ is made on a realistic characters seen in the society. It is a story of the love of two deaf and mute characters – Aman, played by Arpan Thapa, and Barsha, played by Namrata Shrestha. Namrata started experimenting with being featured as a disabl character in ‘Maun’ and it got to a new height in ‘Classic’. The new movie ‘Classic’ became one of the best movies of the year 2016, winning every awards of Best Actress for Namrata. This movie is a must see for those who like the new movie.

The story of love between hearing impaired Aman and Barsha is interesting as the story unfolds of Aman’s dark past. While Aman engulf’s himself smoking, Barsha is a free-spirited girl who is believes in achieving something meaningful in her life despite of her disability. For the preperation of this movie, Namrata also had gone through a training on sign language – the mode of communication between the deaf people. We had done a full review of Maun in 2013. In an interview with us, the director Suraj Bhusal told that the movie is ‘a simple love story’.

Namrata Shrestha is simply the best actress in the Nepali film industry. Her beauty and acting skills and her choice of movies are really impressive. She started acting since her childhood. As an actress, she debuted in ‘Sano Sansar’. Namrata had a bad time after a scandal right after the release of her second movie. After a few years she resumed her work and she has managed to regained the love of her fans and followers. The actor Arpan Thapa is also a director. His second movie ‘Adha Love’ is going to release soon. 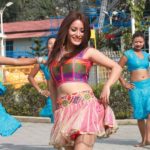 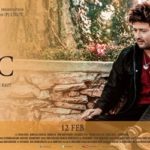