“Yes! He has a heart and I just fixed valves inside. Recovering normally.”

That was the tweet of Dr. Raamesh Koirala, a heart surgeon at Sahid Gangalal Heart Centre, Kathmandu, talking about the notorious criminal, Charles Shobhraj. He had successfully performed a surgery to replace two of the valves of Shobhraj.

A notorious killer, Charles Shobhraj is a half-Indian half-Vietnamese descent. After his Indian father divorced his Vietnamese mother, she married a French man. That is how Shobhraj became a French citizen. During the decade of 1970s and early 80s he had killed more than 20 people in Nepal, India, Thailand, Turkey and Iran. He was arrested in India and kept in a high security jail. But, he ran away from the jail and was at large until he was arrested in Nepal. After being sentenced for life in in July 2004, he is kept in jail in Kathmandu.

What had happened to Charles Shobhraj?

When Charles started having problem in breathing and swelling on his feet, he was taken to Bir Hospital for treatment. The doctors found that he had problem in his heart. They referred him to the Gangalal Heart Centre for treatment.

In the beginning, Charles was to fix one of the valves in his heart. But, later two had to be fixed. When he had problem finding enough blood for the surgery, Charles’ wife, Nihita Bishwas offered to donate her blood.

After a four hours long operation, two valves of his heart have been successfully fixed and he is recovering in the hospital. The surgery on the 72 years-old was conducted by a team of doctors led by Dr. Raamesh Koirala.

After the operation, the doctor Raamesh had shared a selfie with his patient in Twitter. He writes:

All the previous posts about Charles Chobhraj 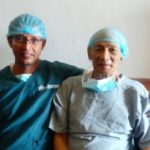 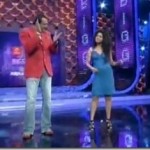 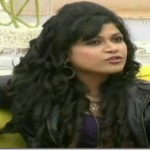 
Nihita and Shakuntala released from jail 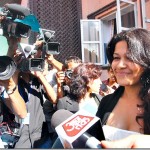