A presentation of 3 Brothers Creation, Nepali movie ‘3 Lovers’ is produced by Prince (Raju) Shrestha, Sagar Pokharel, and Story Pokharel. The script of the movie is written by Shivam Adhikari, music is composed by Rajan Ishan and Baboo Bogati. The singers in the movie are Rajan Ishan, Baboo Bogati, Prabisha Adhikari, Indira Joshi, Dharmedra sewang, Manisha Pokhrel, and Yuvraj Chaulagain. The lyrics in the movie are written by Daya Ram Pandey, Devu Shrestha, and Kishor Thapa. Action by Himal KC, editing by Dirgha Khadka and the cinematography by Purushottam Pradhan.

I had written a per-release review of 3-lovers back in December 2012. Before being released in Nepal, the movie was premiered in Israel. The movie team had protested to the fact that the Censor Board had awarded it a PG certificate. The movie was released on December 7, 2012.

The Miss Teen 2005, Priyanka Karki had worked in TV serial ‘Gharbeti Ba’ before heading to the USA for her studies in Film related topic. After the completion of her bachelors, she returned back to Nepal to start her journey as an actress. She had married a NRN in the USA but divorced him after returning back to Nepal. Currently Priyanka is one of the most busy actress in Nepali movie industry. Another actress, Pooja Sharma had also debuted in the movie. Pooja’s 2016 release movie ‘Prem Geet’ had been very successful, establishing herself as a credible actress in the film industry.

Niraj Baral, is considered to be one of the seasoned actors in Nepali movie industry because of his theatrical background. The movie is the debut movie for both Pooja Sharma and Dhirendra Thapa. Pooja’s latest movie ‘Prem Geet’ is liked by the viewers. Dhirendra Thapa is an Australian resident Nepali. Actor Suman Gaire was known as a journalist rather than an actor. These days, he is living in the USA.

The director of the movie, Suresh Darpan Pokharel, started his direction in 2009 release movie ‘Nishana’. He had also worked as a RJ in Synergy FM, Chitwan. Other movie she had directed include ‘Kaslai Diu Yo Joban’, ‘Bhul bhaya Maaf Gara’ and ‘Miss U…’.

Priyanka had managed to be the number 1 women in 2016 (according to Kantipur’s Saptahik poll):

Some latest full movies of Pooja Sharma in xnepali: 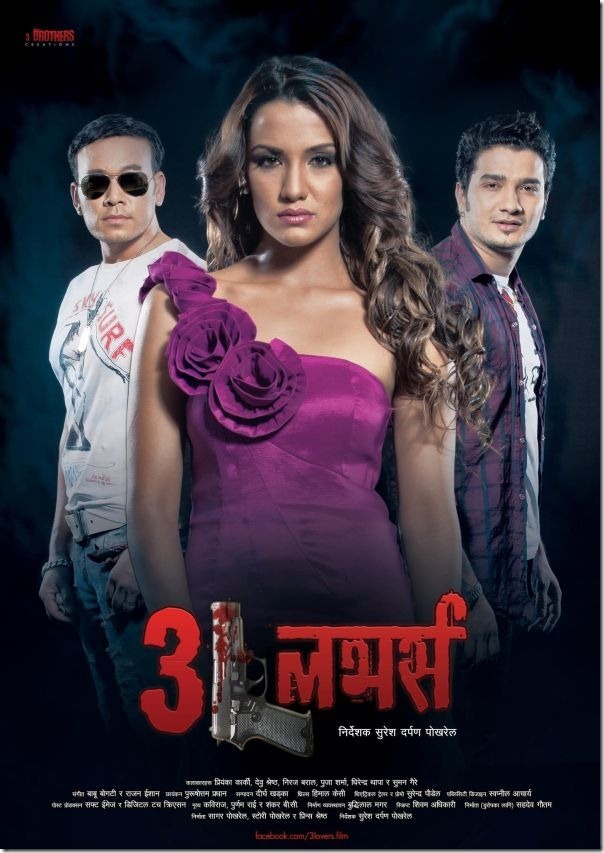