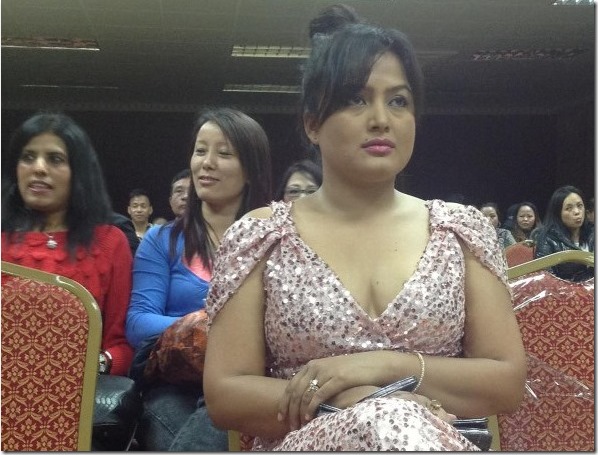 In response to Rekha’s announcement, journalist Bidur Giri has accused Rekha of complaining because she wasn’t awarded in some recent awards. Another journalist Shanti Priya said, “You have won a lot of award in the past. Now, you might not need any more awards. That doesn’t mean others shouldn’t be awarded for their work.”

Rekha used to be the only actress to win the Best Actress Award in the past. After divorcing Chhabi Raj Ojha Rekha and her films haven’t been successful in winning much awards. (Read the full statements in our Nepali blog.)

Rekha Thapa is currently in New York, USA. There is no words on when she is planning to return back to Nepal. Rekha has told that the rumor about her moving to the USA is baseless. She however has clearly told in an interview that, she doesn’t feel attached to Nepal anymore (watch the attached video).

It is to be noted, there were no nominations of Rekha Thapa films in NFDC Film Award.

There is no information about what triggered the sudden announcement of Rekha Thapa. There has been a trend of boycotting film awards when they fail to get nominated for prominent award. ‘Kohinoor’ film director Aakash Adhikari had reacted similarly when the movie was only nominated in cinematography, editing and background music categories. The last movie of Shree Krishna Shrestha had been very successful, commercially. 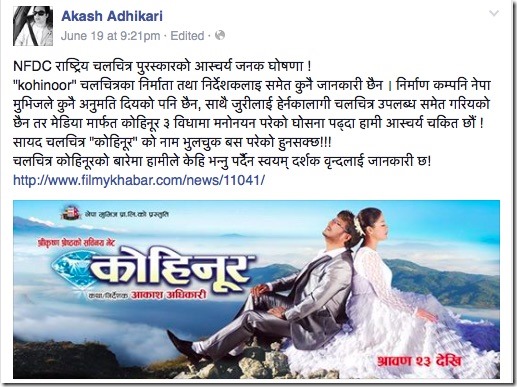 In the past other film makers and directors including ‘Jhola’ director Yadav Bhattarai, ‘Badhshala’ Director Manoj Pandit, and ‘Jholey’ director Dipendra K Khanal had refused the entry in some Film Awards.

One thought on “Rekha Thapa announces, no Nepali award for her movies”