END_OF_DOCUMENT_TOKEN_TO_BE_REPLACED

I wish xNepali readers a very happy new year 2073. On the new year, I am looking back on the movies released in 2072 BS. The year was a tragic because of the earthquake and huge amount of the loss of human and properties. The movie release and shooting were also affected for months because of the tragic event. 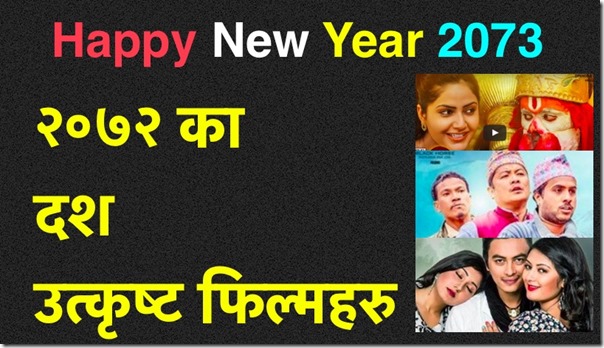