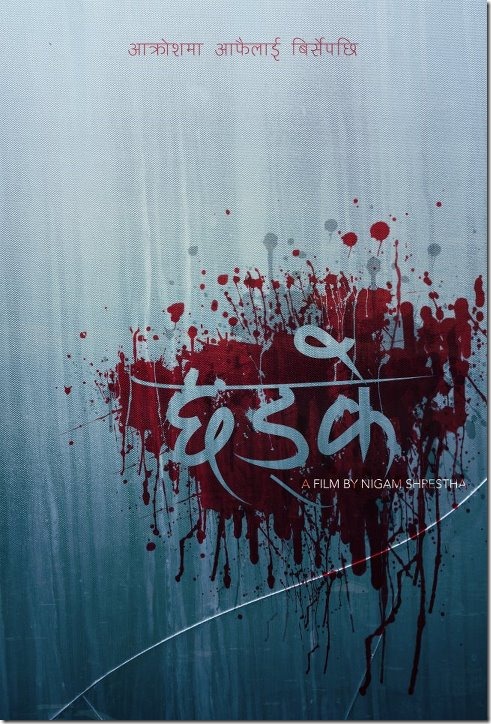 The movie producers have told that the winning poster will be used in the official promotion of ‘Chhadke‘. It is told that Ananda will also be involved in the design of other promotional materials.

A poster competition organized by the producers of the movie is a positive step in introducing creativity in poster design and discourage copy-paste designs. In the past we have seen exact copies of posters of Nepali movies from the posters of foreign movies. If similar competitions are organized in designing poster competition, high quality and effective promotional materials will be produced for the movies. In addition, creative talents can be well utilized.

After Namrata Shrestha agreed to do the movie, "Chhadke" was announced last month (a Nepali article) after the release of Namrata’s last movie ‘Miss U‘. Last week other crew members of the movie were also announced. The movie is being directed by Nigam Shrestha and it will feature actors like Saugat Malla, Dayahang Rai, Madan Krishna Shrestha, Hari Bansha Acharya, Arpan Thapa, and Rabin Tamang in leading role. The movie based on action theme is going to floor on April first. It is known that the crew members are taking martial arts training and also are busy in rehearsal.

Taking cue from the poster competition, we hope the movie and it’s crew will cater more innovations in the future.

** Some of the copy-paste posters we talk about earlier include:

4 thoughts on “Chhadke – a new experiment in combating poster plagiarism”