END_OF_DOCUMENT_TOKEN_TO_BE_REPLACED

The movie ‘Namaste Nepal’ is special as the movie is shot in European countries like France, Belgium, and Germany.
END_OF_DOCUMENT_TOKEN_TO_BE_REPLACED

END_OF_DOCUMENT_TOKEN_TO_BE_REPLACED

Watch the following video report on the incident:

The movie shot and ready to release last year was delayed by the earthquake. The movie made on the story of drug abuse among Nepali youths is produced by Durga Bista. The movie featuring actors Rajan Karki in leading role also features Poojana Pradhan in guest role. Other actors include Rabin Baidhya, Anjit Khadka, Pabitra Acharya and Shristi Century. The role of Archana Paneru is added in the movie recently.

END_OF_DOCUMENT_TOKEN_TO_BE_REPLACED 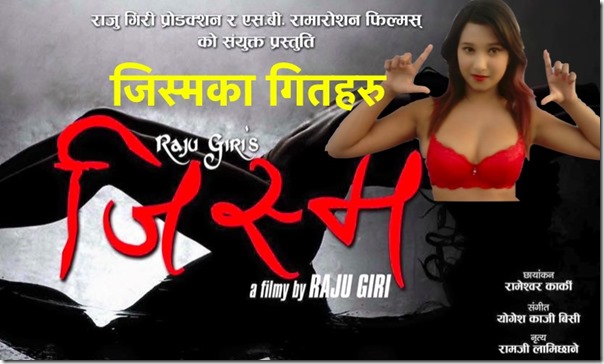 END_OF_DOCUMENT_TOKEN_TO_BE_REPLACED

After a week long tussle, director Raju Giri has given up to he heavy weight government regulator – Film Development Board (FDB) and has admitted his mistakes. In a press meet organized in Kathmandu on Wednesday – March 30, 2016, Raju Giri had told that he had done a huge mistake of starting the shooting of the movie without first gaining the script approval from the Board. Reading a written statement, Raju Giri admitted of creating controversies for the promotion of the movies.

Video report on the issue:

In the press meet, lead actress Archana Paneru, her mother Sunita Paneru and other artists were present with director Raju Giri. Director Shovit Basnet was also seen at the press meet.

END_OF_DOCUMENT_TOKEN_TO_BE_REPLACED

The hot and controversial model, Archana Paneru, has signed an agreement to be featured in a Nepali movie to be directed by the controversial director Raju Giri. The director of movies like ‘Bindaas’ and its sequels, ‘Rakshya’ and other hot movies, Raju Giri, is known for presenting actresses in hot and glamorous role in movies. He is also known for problems with the actresses he works with.

Archana and Sunita had became popular by sharing scantly clad photo of themselves in social media sites like Facebook and Twitter. When they started sharing objectionable photos, they were banned from almost all of the social networking sites including Facebook, Twitter and YouTube. They were also arrested by the police and chased away from their home. Archana was restricted from the school where she was studying in grade 10.