The director of the movie ‘Mokshya’, Prabin Shrestha, has announced his second movie titled ‘New Year’ in association with Grishma Entertainment. The movie featuring Anup Bkram Shahi and Benisha Hamal in leading role. 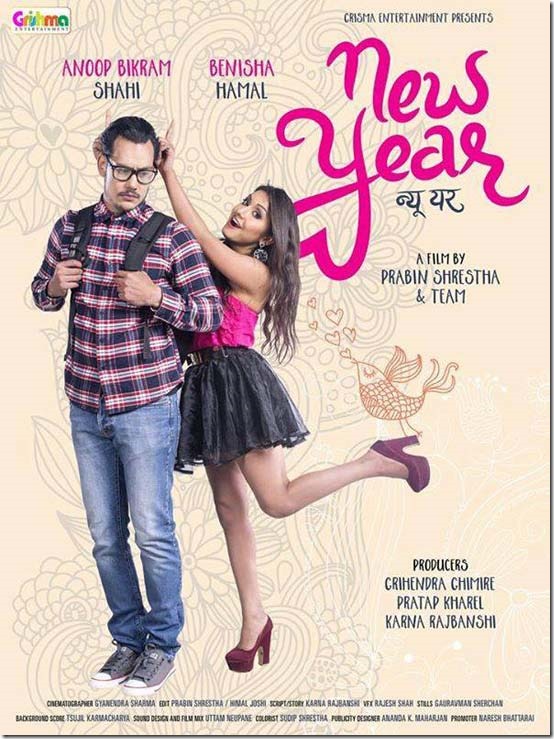 The movie written by Benisha herself is produced by Gihendra Ghimire. In a press meet organized in Kathmandu the film makers told that the shooting of the film will be done in Australia and Nepal. Actress Benisha had told in 2013 (nepaliactress.com link) that she was writing film story and after almost two years, the film is announced.

END_OF_DOCUMENT_TOKEN_TO_BE_REPLACED 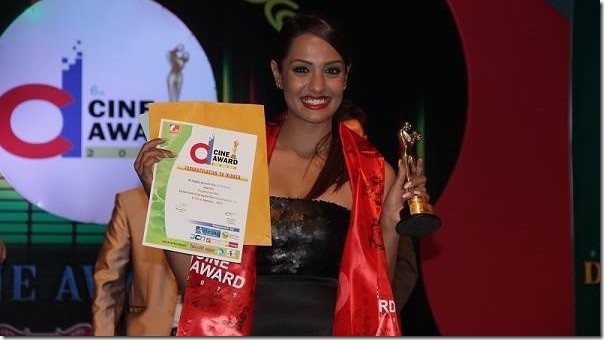 END_OF_DOCUMENT_TOKEN_TO_BE_REPLACED

The first CG Kamana Film Awards was announced in a program held on December 1, 2014 in Kathmandu. In addition to awarding the artists, a cultural program was also organized featuring Nepali film artists including Karishma Manandhar, Bhuwan KC and other.  The nomination list of Kamana Film Award was posted in xnepali in October.

Following movies and artists were honored by the award in the ceremony:

END_OF_DOCUMENT_TOKEN_TO_BE_REPLACED 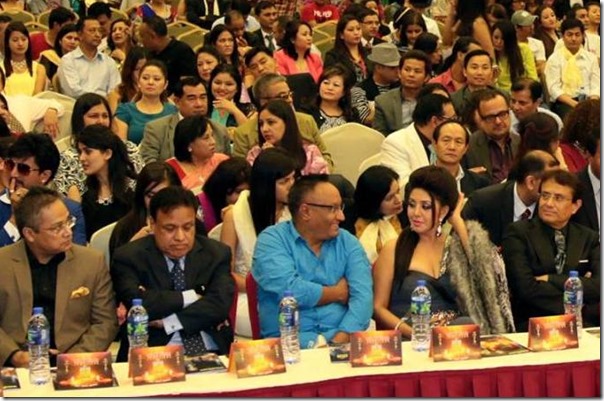 Award winning movies and their award titles are:

END_OF_DOCUMENT_TOKEN_TO_BE_REPLACED

An award ceremony for those who can ask as many people to vote for them to win the award – Online Filmykhabar Award 2071 was held in Kathmandu today. The award is organized by filmykhabar.com where you can vote for your favorite movie or artists. 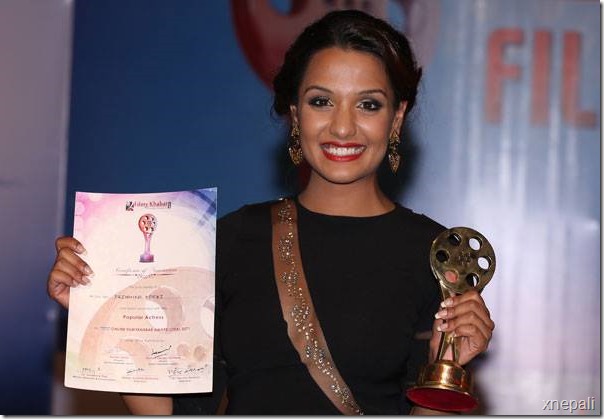 END_OF_DOCUMENT_TOKEN_TO_BE_REPLACED

Nepali movie ‘Mokshya’ was released on February 7, 2014. The movie directed by a wheelchair ridden musician and editor, Prabin Shrestha, received a good amount of hype before the release of the movie. In addition to prositive reviews during premier show, the viewers have also appreciated the story and story-telling in the movie. Prabin says 70 percent of the movie is his own life. 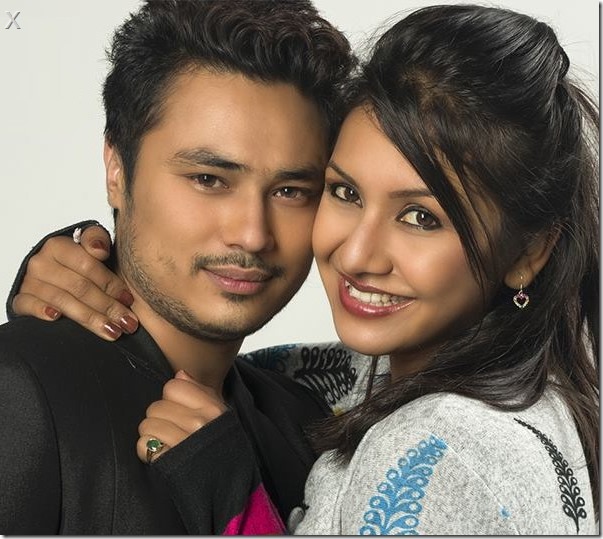 The movie is made on a story of four youths who wants to build a career in music. They fight their parents and argue about being different. After the first and successful concert of Mokshya band, the lead character met with an accident and had to live his life on wheelchair. The movie is about the hardships the character goes through in his life. The accident affected the friendship between the four youth as they started living their own lives.

END_OF_DOCUMENT_TOKEN_TO_BE_REPLACED 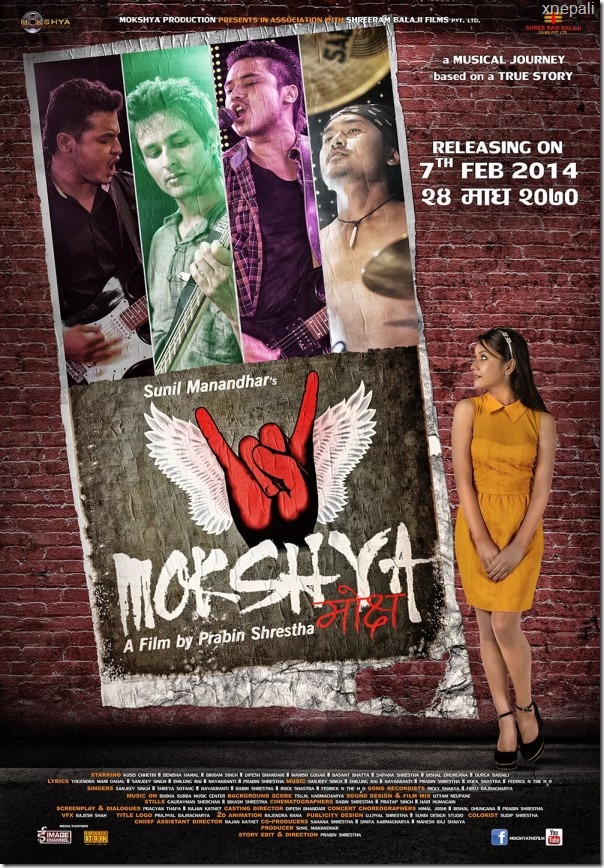 END_OF_DOCUMENT_TOKEN_TO_BE_REPLACED

The charity show of the upcoming movie ‘Mokshya’ was held at 8 AM at QFX Jai Nepal on January 23, 2014. The movie made on a musical journey of a musical band is told to be based on a true story. According to the viewers of the charity show, the movie is has been a good presentation. 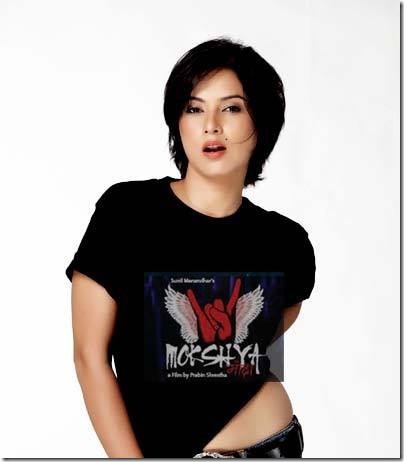 Actress Nisha Adhikari who watched the movie said, “I felt proud to belong to an industry which can bring forth such products amidst all the adversities.” Nisha added, she felt proud to be associated with the movie. END_OF_DOCUMENT_TOKEN_TO_BE_REPLACED

A music video of a movie produced jointly by Mokshya Productiona and Shreeram Balaji Films, ‘Mokshya’ was released online on Wednesday. The song featuring actress Benisha Hamal and Koshish Chhetri is a romantic song. 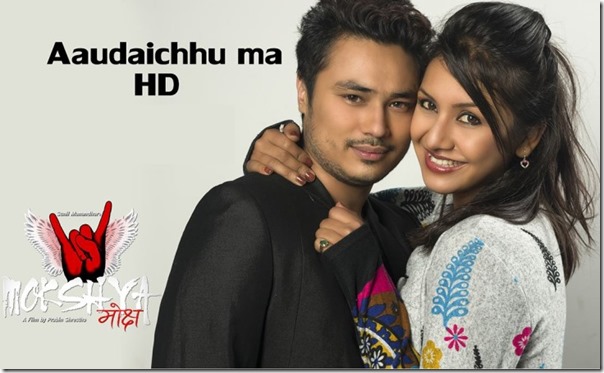 The movie releasing on Magh 24 (February 7, 2014) is directed by Prabin Shrestha and produced by Sunil Manandhar. The movie is made on the story of a musical band.