Actor Rajesh Hamal has told that he still is 25 years old although he has worked in the film industry for the last 27 years. Hamal told the statement in funny way to the crowd gathered in Battar, Nuwakot during his stage performance. Rajesh Hamal told his famous dialogues, told about his previous visits to Nuwakot and danced to the songs by lok singer Sunita Dulal.

In addition to Rajesh Hamal other artists in the program were comedian Manoj Gajurel, singer Sunita Dulal and other artists. The crowd was bigger than usual because of the performance of the well known artists. Rajesh Hamal remained in the festival for about three hours.

It seems, Rajesh Hamal is more into stage performance than actual acting in movies. There are no new movies of Rajesh Hamal these days. He had told about directing a movie himself but, there is no plan of such projects.

A few days ago, he was in Tanahun to a school.

These days, Rajesh Hamal has stopped appearing in movies. He is mostly busy in various stage programs both in and out of the country. There is no news about him signing any new movies these days. Hamal’s last movie ‘Bagmati’ and ‘Shakuntala’ didn’t performed as well as expected. 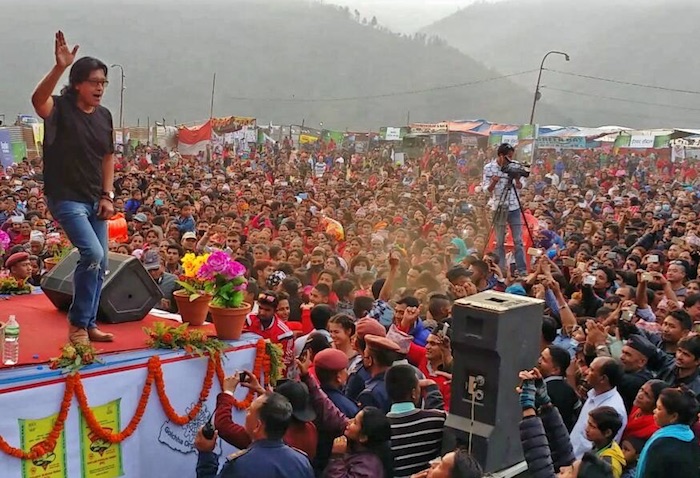 Posts about Rajesh Hamal in recent past: